“And finally they left,” NASA tweeted. Announcing that Bob Behnken and Doug Hurley had left the ISS, having released images showing how the capsule detaches itself seamlessly from the device in the dark of space. The first US astronauts to travel to the International Space Station (ISS) on a US spacecraft in a decade departed this Saturday in the SpaceX capsule en route to Earth despite the risk of a Florida hurricane.

Astronauts in the Dragon capsule, way to Earth

The decoupling was done in two stages around 2334 GMT, two months after the arrival of both men aboard the capsule created by the company of eccentric businessman Elon Musk, The US space agency said, adding that the capsule had taken “a safe path.” 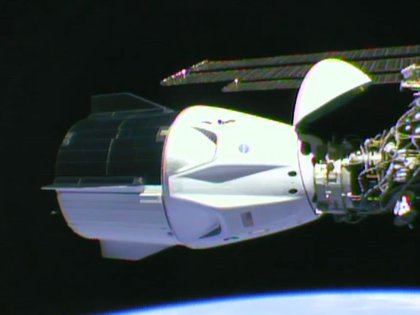 The SpaceX crew returns to Earth after disengaging from the International Space Station and is expected to complete their journey later this Sunday afternoon.

Landing is scheduled for Sunday at 14:41 (18:41 GMT) in the Gulf of Mexico. It was kept in western Florida at a time when Tropical Storm Isaias, which could again become a hurricane, threatens the eastern shores of the southeastern peninsula of the United States.

A site on the coasts of the city of Pensacola (North Florida) was chosen as a “priority” for the landing, with an alternative in the vicinity of Panama City, also in the Gulf of Mexico, if the sea is very rough or the winds are very strong. A few hours earlier, both astronauts had said goodbye to the three colleagues they left on the ISS although there was still some uncertainty regarding their trip given the weather conditions in Florida. “The hardest thing was getting us into orbit, but the most important thing is getting home,” Behnken said a few hours before departure. 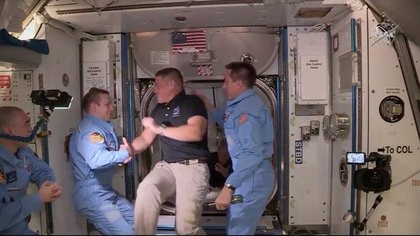 NASA astronaut Bob Behnken and Doug arriving at the International Station aboard SpaceX’s Crew Dragon capsule in an image captured from a video in May 2020. May 31, 2020, NASA / Handout via REUTERS

The operation is delicate, although last year the Dragon capsule accomplished this mission without problems. The atmospheric return will test the resistance of the heat shield. Then large parachutes will slow down the descent into the ocean.

“We say goodbye to our two friends and colleagues,” Cassidy said, declaring himself “sad” and “excited” to see Hurley and Behnken depart from the ISS, stressing the importance of having new means of transporting astronauts.

Behnken and Hurley have become the first astronauts to be taken to the ISS, located 400 km from Earth, by a private company hired by NASA. 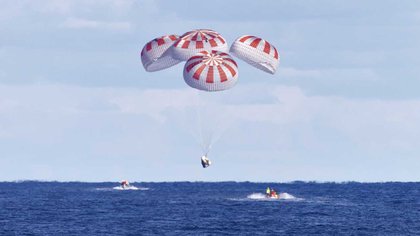 The mission, whose departure had been delayed for meteorological reasons, was the first by a manned ship launched from US soil. The last one had been in 2011 when the space shuttle program ended.

In the past nine years, American astronauts had traveled exclusively on Russian Soyuz rockets, priced at about $ 80 million per seat. If the current mission is certified safe, the United States will no longer depend on Russia to access space. For $ 3 billion, agreed since 2011 under a fixed-price contract, SpaceX promised NASA six round trips to the ISS with four astronauts on board.

Albano and Romina, on Albano’s birthday Romina does not behave well and then goes away from Cellino in a great hurry, what happened –...

“Eclipse” of star Betelgeuse followed a major eruption, and its brightness decreases again

EU signs agreement with J&J for the purchase. What does it mean for Italy?

The news on the coronavirus vaccine keep chasing each other. According to what has been leaked in the last few...
Read more

The comments on the test failure are full of criticism of Prime Minister Söder and his state government: You...
Read more

What did you miss? For the second day in a row, the Schilderswijk in The Hague was the scene...
Read more

The Venezuelan specialist asks that the treatment be complied with.Extreme prevention measures in people suffering from high...
Read more

“Eclipse” of star Betelgeuse followed a major eruption, and its brightness decreases again

T-Mobile lost 40,000 customers in the first half of the year, but was able to increase sales – MobilMania.cz

The footballer of the Premier League, who had organized a home quarantine sex party, repented: English football: Sports: Lenta.ru

The death toll in Mexico rises to 233 from Covid-19

TIJUANA- The medications recommended by US authorities such as President Donald Trump to fight the coronavirus,...
Read more
Archynewsyarchynewsy.com