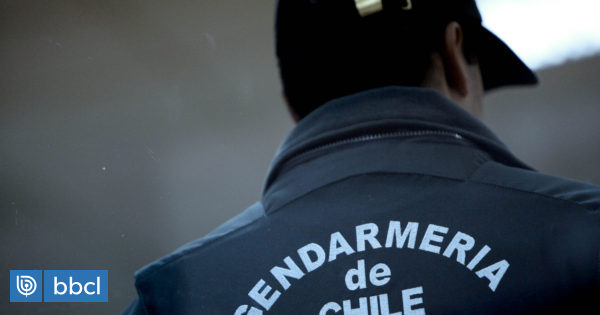 This Friday, Comptroller’s Office presented the results of an audit carried out to Gendarmería de Chile, where a series of shortcomings in relation to the working conditions of officials who work in the CDP Santiago Sur, Former Penitentiary, in the Metropolitan region.

This, in order to review if the entity has mechanisms that allow the control and maintenance of the penitentiary regime, as well as verify if it has effective procedures aimed at safeguarding the working conditions in which officials carry out their work.

The results showed differences in the distribution of gendarmes. For example, in some cases there is one official for 11 inmates; while in other precincts, the gendarmes exceed the prison population.

In view of this, the Comptroller’s Office established that the entity “must report on the analysis of the qualitative and quantitative variables that affect the aforementioned overpopulation and the distribution of the personnel involved in its response -in relation to the number of inmates that each penal unit has- , what tend to balance the workload of the gendarmes (…), within 60 business days, counted from the receipt of this report.

It was also detected that in some cases the gendarmes they had to work extremely long shifts, due to poor distribution of staff and working hours.

Therefore, Genchi must report on the work carried out for the “Setting standardized shifts at the national level and that it establishes the compensatory breaks or franchises, especially those required for the role of the armed guard ”.

In the specific case of CDP Santiago Sur, various shortcomings were found such as lack of training, lack of protection measures in relation to radiation emitted by the equipment used to control visits, safety clothing and lack of emergency medical attention.

For the first, the entity must “incorporate the CDP Santiago Sur officials into the annual training plan on the indicated subjects, in consideration of the degrees of criticality of said establishment, so that the personnel have the necessary skills to carry out the tasks entrusted to him ”.

Similarly, it is specified that they must “Implement hygiene and safety measures at work, in order to protect the health of the gendarmes, in compliance with the obligations that correspond to them in accordance with the regulations ”.

Regarding the lack of emergency medical attention and a vehicle for the transfer of officials, GENCHI must – given the high criminal commitment of the inmates of the facility in question – carry out “the steps that are necessary in order to formally establish a procedure for immediate medical attention to the gendarmes who require it for emergency situations generated within the penal establishment, as well as the means for their referral to another healthcare center ”.

🔴In an audit carried out to @Gendarmeria_CLWe were able to detect different shortcomings in relation to the working conditions of the officials who work in the prisons, particularly in CDP Santiago Sur.