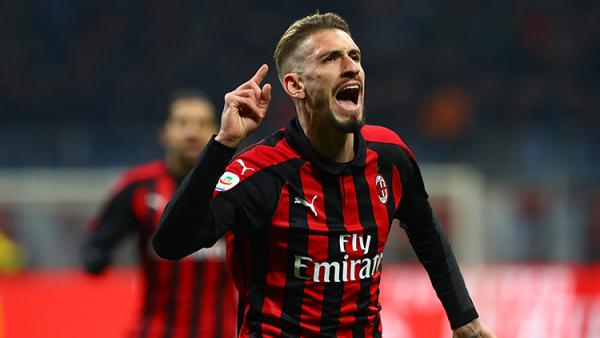 INDOSPORT.COM – Italian League club winger AC Milan, Samuel Castillejo, is rumored to be close to the Spanish LaLiga club, Getafe, in the transfer market this summer.

The 2021 summer transfer window will close on August 31 and the transfer of players is starting to get hotter.

One of the busy clubs in the transfer market this time is AC Milan. They have brought in several new names for the 2021/22 Serie A season.

If someone comes, someone comes out. The two main pillars of AC Milan, Gianluigi Donnarumma and Hakan Calhanoglu have left the San Siro after not wanting to extend their contracts.

The next name that will most often leave is Samuel Castillejo. The Spaniard is reportedly looking to return to his hometown after three seasons with the Rossoneri.

According to Spanish media, Radio Stadium, league club, Getafe, willing to repatriate Catillejo from AC Milan in the transfer market this summer.

AC Milan and Getafe are reportedly ready to reach an agreement, after some negotiations went sour as Getafe were only interested in borrowing.

The Rossoneri are only willing to sell Castillejo, not let him go on loan with a buy option.

The inclusion of an obligation to buy at the end of the contract period will probably convince AC Milan to make a deal happen soon given the transfer window is about to close.