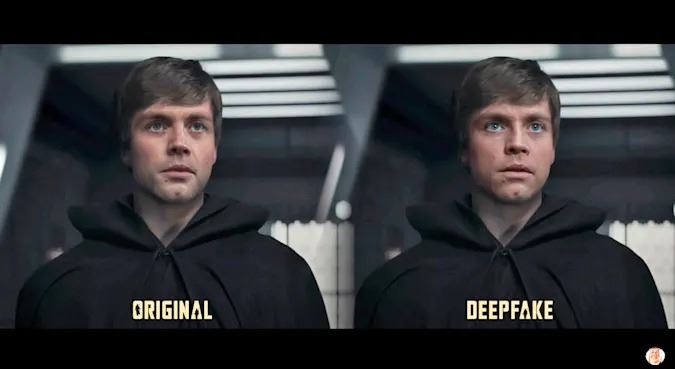 Youtuber Shamook, who specializes in Deepfake technology, already works at Lucasfilm. He is best known for his channel, which is full of previews of what it would look like if other actors were given roles in films.

Among other things, he showed what the young Luke Skywalker was supposed to look like in Mandalorian, which is why Lucasfilm hired him. He obviously no longer wants below-average CG effects in reducing the age of characters. Especially when in the third series of Mandalorian more of these effects will be needed.

In addition to Luke, he also improved, for example, Leia and Tarkin from Rogue One.