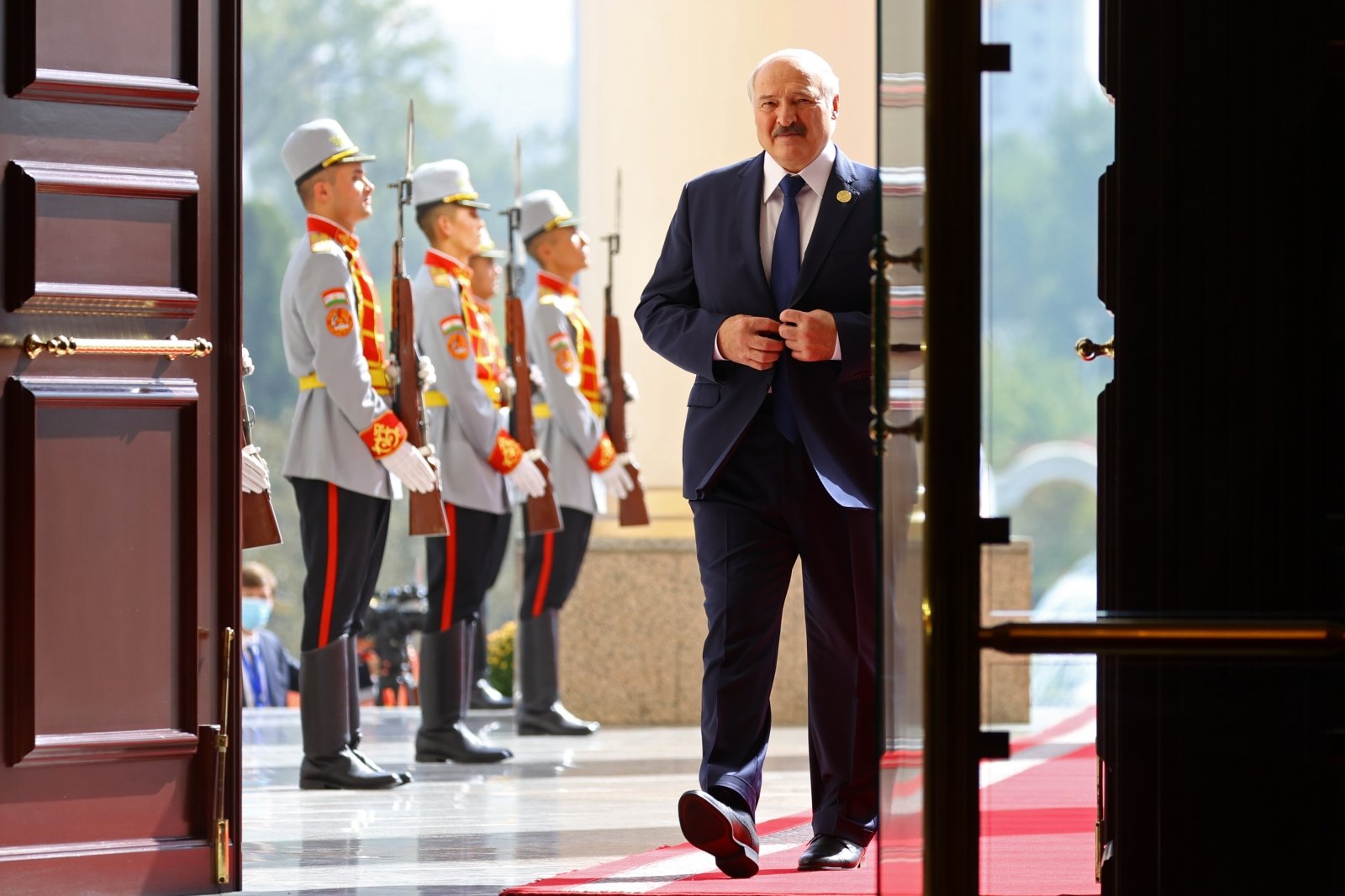 “We pay special attention to the Ukrainian section – what we will do there. You see, there, in Ukraine, NATO forces are being contracted. Under the guise of setting up training centers, bases are actually being set up there. United States bases are being established in Ukraine. Of course, we have to respond to that, “Lukashenko said.

His words were quoted by the press service of the presidency.

In fact, NATO bases are not being established in Ukraine, there are training centers where foreign specialists share their experience.

According to Lukashenko, this topic was repeatedly discussed during his meetings with Russian President Vladimir Putin.

“We have consulted and are still consulting with the President of Russia on this issue. We agreed that some action was needed. Otherwise, tomorrow we will have an unacceptable situation right on the border between Belarus and Russia, where missiles of the same range could even be deployed. We have not given our consent and we cannot allow it, “he said.

In response to the possible deployment of NATO forces in Ukraine, Moscow and Minsk will take a joint response to ensure the security of both countries, the Kremlin said on Monday.

“These are actions that will ensure the security of our two union states,” Kremlin spokesman Dmitry Peskov told reporters what the reaction could be.

Russia’s “president [Vladimiras] Putin has repeatedly discussed the possible development of NATO’s military infrastructure in Ukraine. President Putin has said it goes beyond the “red lines” he has repeatedly mentioned, “Peskov added.

“For several times now, we are witnessing the unjustified insinuations of Aliaksandr Lukashenko towards Ukraine. It is clear that Alexander Lukashenko has already fully mastered the patterns of Russian propaganda rhetoric about the threats posed by the West and Ukraine in particular. He is posting about alleged American bases and militant camps in Ukraine, while turning our neighbor Belarus into a single Russian military base, “Ukrainian Foreign Ministry spokesman Oleh Nikolenko told Interfax on Monday.

According to him, it is currently Russia that poses the main threats to Ukraine and Belarus.

“Preserving the sovereignty and independence of Belarus, rather than becoming an appendage of Russia, is something that is really worth thinking about in Minsk. Ukraine has never intervened and will not interfere in the affairs of neighboring Belarus. Ukraine will also never pose any threat to the security of the Belarusian people. At the same time, we will use all our might and means to defend our freedom, independence and the freedom of the Ukrainian people to make democratic choices due to European and Euro-Atlantic integration, ”O. Nikolenka emphasized.

A representative of the Ministry of Foreign Affairs said that Ukraine chose this path because it shares the same values ​​as Europe.

“We are not doing this against anyone, but exclusively because we see the future of Ukraine in the common family of European free nations, where the values ​​of life, human dignity and democratic choice are unshakable. And the same future is in the interests of Belarus, “O. Nikolenka noted.

See also  Coronavirus in Argentina: Alberto Fernández will give a press conference to announce the extension of the quarantine until April 26

Relations between Ukraine and Belarus are currently strained.

In early July, Minsk closed the border with Ukraine, claiming that arms were being smuggled from Ukraine to Belarus.

Mr Lukashenko then claimed that foreign forces were trying to overthrow his authoritarian regime and that arms were being smuggled into the country for that purpose.

According to Lukashenko, smuggled weapons are being transported to “terrorist groups” allegedly funded by Germany, Lithuania, Poland, Ukraine and the United States.

“Huge quantities of weapons are coming to Belarus from Ukraine. That is why I ordered the border guard service to close the border with Ukraine completely, “Lukashenko said. Ukraine, for its part, has denied any interference in Belarus’ internal affairs. According to the country’s representatives, even the closure of the 1,084 km long border with Belarus will primarily harm the population.

In August, Kiev warned Minsk of Lukashenko’s statements that he was ready to recognize Russia’s sovereignty in Crimea. This was reported by the Ministry of Foreign Affairs of Ukraine. Kirill Kamyshev, Belarus’s Chargé d’Affaires ai in Ukraine, was summoned to the ministry.

“The Belarusian diplomat was first warned that Lukashenko’s readiness to recognize Russia’s sovereignty in the temporarily occupied Crimea of ​​Ukraine was tantamount to complicity in the Kremlin’s crime against the integrity and sovereignty of Ukraine’s territory, with all the associated international legal consequences. By such statements, he violates Belarus’ international obligations to comply with the norms and principles of international law, “the report said.

The Ministry of Foreign Affairs of Ukraine also commented on the allegations made by the Belarusian leader that representatives of the Ukrainian power structure and government are organizing the dumping of percussion and ammunition in Belarus.

See also  "Layoffs at Saint-Gobain, the Municipality of Pisa takes immediate action to stop them"

“It is obvious that this is the product of the image of Ukraine as a” hostile “country to Belarus and the Belarusian people, created in the environment of the Kremlin propagandists A. Lukashenko, which does not correspond to reality at all. With allegations about the threat posed by Ukraine and the West to the statehood of Belarus, Mr Lukashenko is trying to justify his repression and the restriction of the rights and freedoms of Belarusian citizens, “the Ministry of Foreign Affairs of Ukraine noted.

She also noted Lukashenko’s threats to trip over Ukraine. The Belarusian diplomat was told that these words “show the weakness of Belarus, not its strength”.