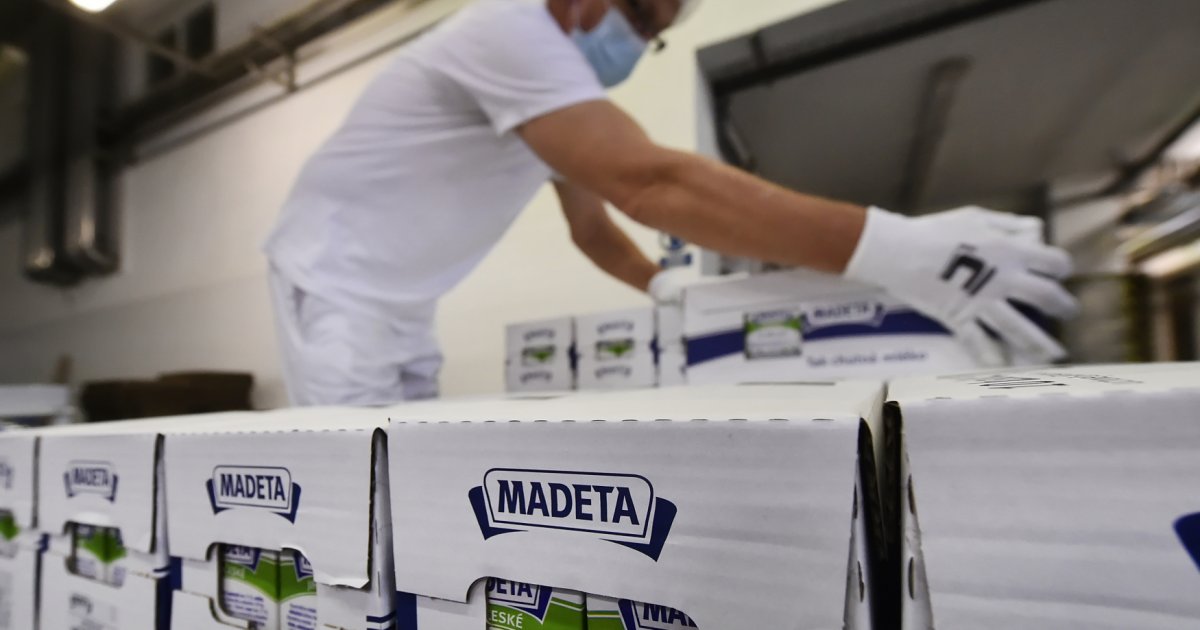 According to preliminary results, the largest Czech dairy Madeta had sales exceeding six billion crowns for the first time last year. However, her margin dropped. And the costs of energy, services or transport will increase for the company this year, by tens of millions of crowns year-on-year. According to its CEO Milan Teplý, the dairy will proceed with further cost cuts and possibly even investment restrictions.

“Last year we went a little worse than the previous year, which was exceptionally good in terms of turnover, profit, margins. With a turnaround, we went up last year, breaking the six billion crowns mark for the first time – despite the loss of exports to Lebanon and the United Arab Emirates. But margins fell sharply, going down 18, 19 percent, “Teplý said.

This year, Madeta plans revenues of around 6.5 billion crowns. According to the director, this year will be economically but even worse than last year. Although Madeta has increased its prices by more than ten percent since January, it will not cover the rising costs of energy, fuel, materials, packaging or services. The company thus cuts some unnecessary costs and is also considering reducing part of its investment.

Madeta is going to raise prices, product prices will jump by 10 percent from January

The largest Czech dairy Madeta will raise product prices by more than ten percent since January 2022. As early as mid-October, it was expected to rise by two to three percent. The reason is the ever-rising prices of fuels and energy, said Madeta CEO Milan Teplý.

Madet is facing a costly year

“We will release some less attractive products and we will have to negotiate (purchase prices of milk) with farmers, but it is difficult because their costs have also gone up. The times are evolving very dramatically: there is a change of government, a change of approach to the agri-food complex. It will probably be a little overdue if we, as a republic, are food self-sufficient. I am waiting for a very difficult year. It is difficult to estimate the rise in prices of many, many commodities. We expect to be able to have sales in excess of six billion crowns, but I am worried about the margin and the profitable area in which we will operate. It will definitely be well below the level of the previous three years, “said Teplý.

Food prices are high. And manufacturers will increase in price by ten percent in January

Average prices of butter, eidam and flour fell slightly in December compared to November, but are still at multi-year highs. This follows from the current results of the survey of average prices of selected products of the Czech Statistical Office. Basic foodstuffs in the Czech Republic have become more expensive in recent months, with a few exceptions – for example, Thursday’s butter has swung over 50 crowns – and this is following a trend from abroad. And it will be the same in the new year, as inflation should reach up to seven percent.

In the middle of the year, Madeta will complete its investment in the Krumlov plant. Last year, it changed the way blue cheese was salted there. Instead of salt baths, it switched to dry salting. It was part of an investment worth 350 million crowns, which started the year before last and will end this year. The plant’s capacity will expand by a third, and it will produce up to 21 tons of cheese per day from 180,000 liters of milk. Customers from Tatarstan, one of the republics of the Russian Federation, are interested in the floodplain. “They wanted goods from us, but they have to take it away, I will not break the embargo (exports to Russia),” Teplý said. He hopes that exports to Lebanon and the United Arab Emirates will increase this year. Customers from African countries such as Congo, Liberia, Sierra Leone, Gabon and Senegal have recently shown interest in akawi cheese.

Madeta has four production plants: in Planá nad Lužnicí, Český Krumlov, Jindřichův Hradec and Pelhřimov. It employs 1,500 people and processes 900,000 liters of milk a day. It has 170 suppliers of raw milk, offers over 250 types of products, exports a fifth of production. In December, the purchase price per liter of raw milk was 9.81 crowns. In 2020, Madeta had sales of 5.61 billion crowns and a profit after tax of 311.4 million. It follows from the annual report.

Milk that is not really milk and meat that is not meat can be known from vegetarian and vegan shops and restaurants. But what is coming now is something revolutionary: dairy products that match cow’s milk but do not come from a cow, but from a bioreactor. Economically and ecologically, it could be a breakthrough.