Maduro decreed that Christmas in Venezuela will begin on October 15

In a peculiar maneuver that seeks to divert the focus of the multiple crises that Venezuela has been experiencing for years, the Nicolás Maduro regime announced this Thursday that “Christmas will be two months early” in the country in 2020.

“We promote food sovereignty”, points out the slogan of Chavismo as the basis for the decision to decree that this October 15 is the “start of Christmas 2020”. The strategy was revealed through official media, such as the chain VTV, and with a photograph of Maduro and his wife, Cilia Flores, within a composition with typical elements of the Christian holiday and an image of the Virgin Mary with Jesus in her hands.

It is still unknown what this new measure of the regime will entail in Venezuela, but the authorities warned that Christmas begins “this afternoon” and that Maduro will lead an activity where it is estimated that he will provide more details about his project.

Immersed in the worst crisis in its modern history, the oil country suffers the highest inflation in the world and is on track for its seventh year of recession. In parallel, the value of the local currency -the bolivar- has plummeted, a scenario in which the dollar has continued to gain ground to the point that most transactions in the Caribbean country are carried out with that currency.

At the end of April, the Maduro regime increased the minimum income by 77.7%, which adds up to the basic salary and a mandatory food bonus. It was the second hike of the year. Despite this, and given the continued devaluation and hyperinflation, the minimum wage is equivalent to less than a dollar, insufficient to buy practically all the basic inputs. 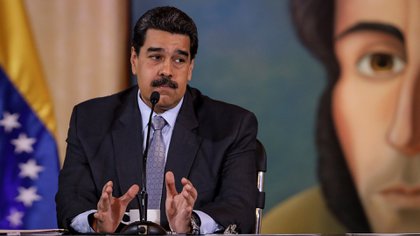 
Between January and September, Venezuela accumulated an inflation of 844.1%, according to figures published last week by the Central Bank (BCV), of official line, which does not regularly publish official indexes. Inflation in September stood at 27.9%, showing a slight increase compared to August, which closed at 24.7%, the BCV acknowledged.

Venezuela closed 2019 with an inflation of 9,585.5%, according to the Central Bank, a figure higher than that reported by Parliament, which calculated it at 7,374.4% for the same period.

With information from AFP

Share
Facebook
Twitter
Pinterest
WhatsApp
Previous articleFemicide and suicide in the country Martindale: cell phones and computers of Jorge Neuss will be analyzed
Next articleExchanges between Bitcoin and Monero blockchains get closer thanks to donation

MEXICO.- In the Mexican regional genre it is common...
Read more
Entertainment

The former president said that Luis Arce “is our...
Read more
Entertainment

MEXICO.- In the Mexican regional genre it is common...
Read more
Entertainment

The model Irina Shayk It is a benchmark of...
Read more

In the video, Father-in-law, Cristiano Ronaldo, is hot, and he insists, I will not fix my mistake

A few days ago, a short video of festivals Hamo Beca spread during the...
Read more

Over the past few weeks, Ubisoft has been the center of attention for...
Read more