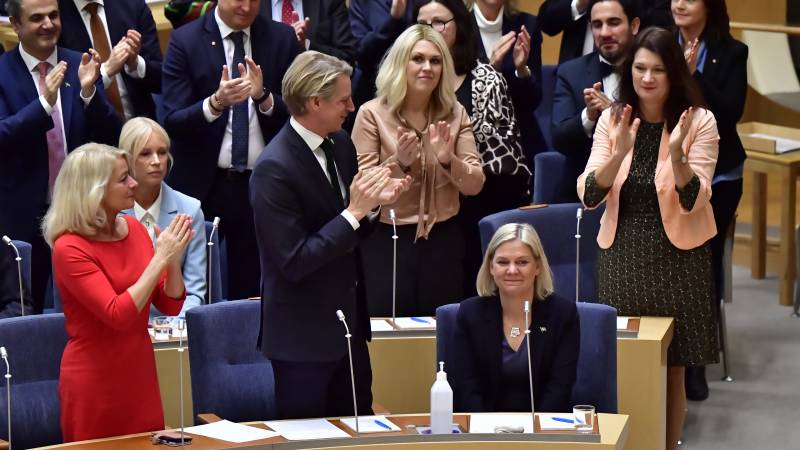 In Sweden, Magdalena Andersson has been elected prime minister by parliament for the second time in a week. That also happened last Wednesday, but then she resigned herself a few hours after her appointment.

The reason for her lightning-quick departure was the resignation of an environmental party from her coalition. That party no longer wanted to cooperate after the budget of the ruling parties was rejected. It was already clear then that Andersson might make a new start.

She will now lead a minority government of only her own party, the Social Democrats. In parliament they have only 100 of the 349 seats and the party is therefore dependent on the support of other groups.

There was hardly any support during the vote on her premiership. Andersson got 101 MPs behind him, 173 against and 75 abstentions. Under Swedish constitutional law, a prime minister can be appointed and reign as long as a majority of 175 MPs explicitly votes against it.

Budget of the opposition

Complicating governance for Andersson is that she has to work with a budget drawn up by three opposition parties, including the populist Sweden Democrats.

The political landscape in Sweden is fragmented. Neither the left-wing nor the right-wing parties have a parliamentary majority. Elections will be held in September next year.

Magdalena Andersson (54) is Sweden’s first female Prime Minister. She was Minister of Finance for many years. The members of her cabinet are expected to be appointed tomorrow. Andersson must therefore be sworn in by King Carl Gustaf.

Andersson was visibly moved when she was named last week, can be seen in this video: