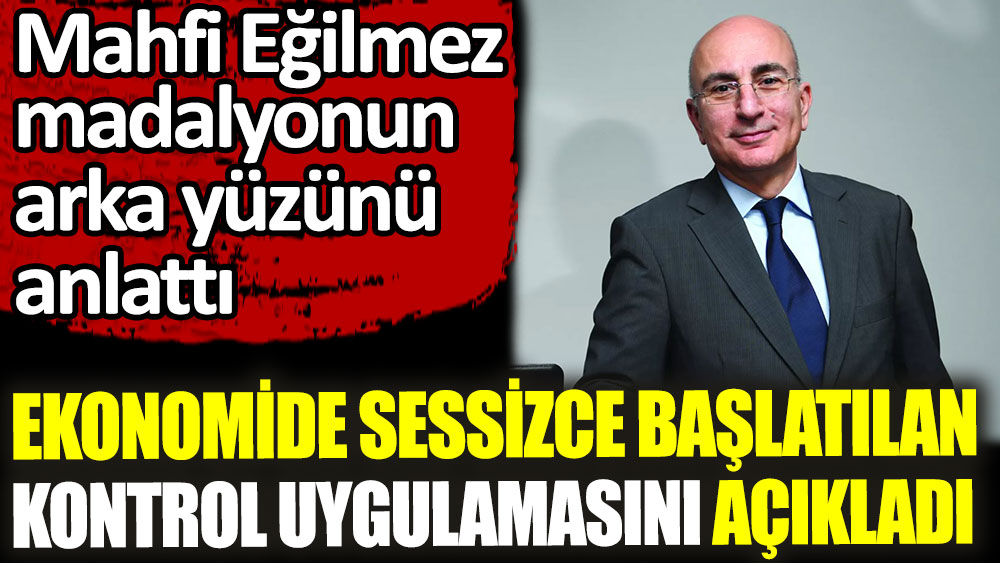 While the economy administration is controlling the exchange rate with various regulations by disabling the central bank in an economy in which a floating exchange rate regime is applied, the debates about returning to the ‘exchange control regime’ are also on the agenda.

Undersecretary of Treasury and economist Dr. Mahfi Eğilmez published a new article on his personal blog with the title ‘Exchange Regime and Turkey Practice’. In his article, Eğilmez explained that although Turkey is in a free exchange regime, a semi-controlled foreign exchange regime is implemented by controlling exchange rates with various sub-regulations.

Among these sub-regulations, Eğilmez listed practices such as taxation on foreign exchange buying and selling, currency-protected deposit accounts, the obligation to sell a certain percentage of export revenues to the central bank, and the constant intervention in price (exchange) formation in the market by selling foreign currency by the central bank and public banks. made:

“Recently, based on these practices, opinions that Turkey will return to foreign exchange control have been put forward, and these views are also denied by the political power. Although the practices we mentioned above do not show a definite return to the exchange control regime, they show that a semi-controlled exchange regime has been entered.” made his comment.

“PROBLEM DUE TO SWAP”

Eğilmez stated that although capital movements seem to be free in Turkey today and exchange rates and interest rates are determined in the market, the CBRT is trying to control both the interest rate and the exchange rate. “Therefore, such controls act more like quasi-control than full control and do not create the problems envisaged in the impossible triad (freedom of capital movements, a fixed exchange rate and an independent monetary policy cannot exist simultaneously). In this application, the problem arises if the swap agreements cannot be maintained. said.