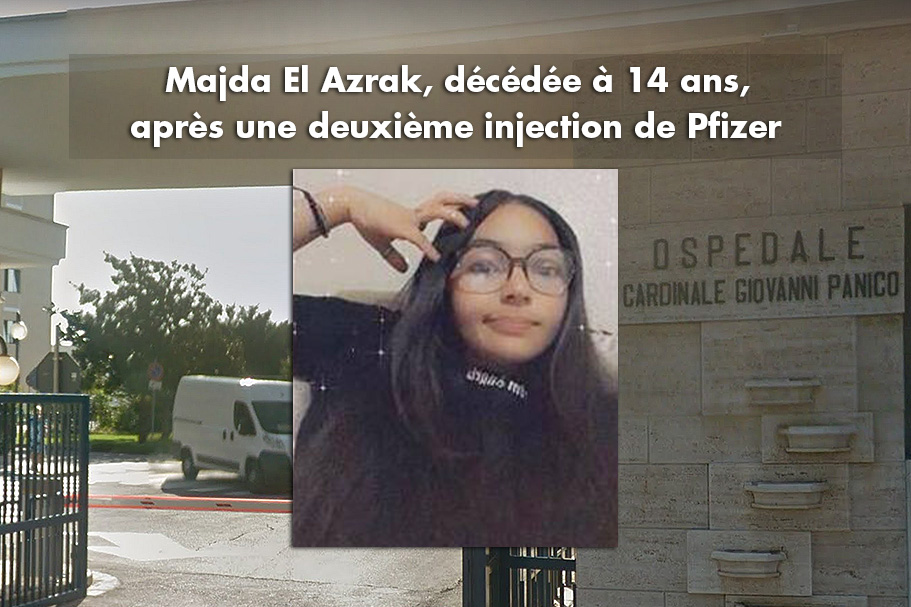 The Lecce public prosecutor’s office ordered an autopsy to determine the causes of the death of a 14-year-old girl, Majda El Azrak, from Ruffano (Lecce). She fell into a coma 48 hours after receiving the vaccine on August 17, and died on September 13 in the intensive care unit of Bari Children’s Hospital. The autopsy is scheduled for September 27 at the Bari polyclinic.

The suspects are three: the doctor who administered the dose of vaccine and the two people who subjected the girl to radiological examinations at the Cardinal Panìco hospital in Tricase, in Tricase (Lecce), following the first illness. They are indicted for manslaughter. These doctors believe that the cause of death is meningitis.

“I believe that the examination of the autopsy will shed light on this case”, said lawyer Pasquale Scorrano of the Lecce Bar, who filed a complaint to the prosecution on behalf of the parents of the 14-year-old girl, of Moroccan origin but living in Italy for years. “Parents are waiting for answers”, he concludes.

According to the complaint, the 14-year-old girl received the first dose of the Pfizer vaccine on July 22 and the second on August 17 in Casarano (Lecce). Immediately after the second dose, the girl felt unwell and took a Tachipirin, but on August 18, she started complaining of severe eye pain and swelling in her right eyelid. His parents take him to the doctor who offers to hospitalize him, which is done on August 19 in Tricase (Lecce). The 14-year-old underwent a CT scan which revealed the presence of a tumor on the occipital side, which was why a thorough examination was requested, but the girl fell into an irreversible coma and on August 20, she was transferred to the children’s hospital in Bari where doctors diagnosed a form of meningitis.

See also  Coronavirus in the world, May 19: live news