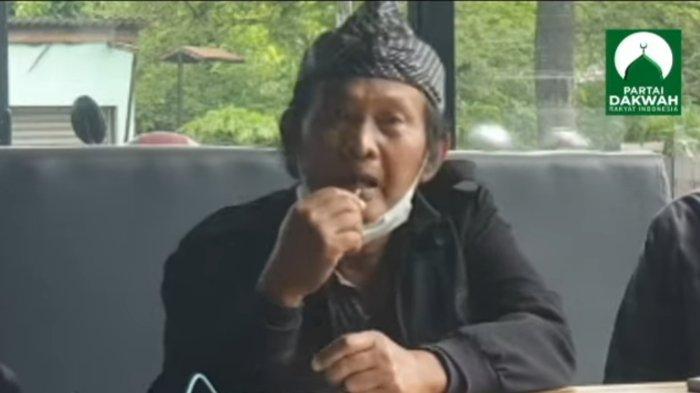 Also arrested at the same time, Ahmad Zain An-Najah who is a member of the Central MUI Fatwa Commission and Anung Al-Hamat.

In this regard, the board of directors and senior officials PDRI delivered a statement in a press conference uploaded on the YouTube account @Partai Da’wah, Sunday (21/11/2021) night.

“My name is Deddy Setia Budiman, I am a member of the Shura Council PDRI. I once held the rank of Major General of the TNI. I have received intelligence education, and I have served in the intelligence apparatus. My last position was an expert staff of the TNI Commander. I’m the Akabri class 75,” said Deddy, starting his statement.

He claimed to be interested in PDRI because his vision is considered very noble.

“That is, we want to uphold amar maaruf nahi mungkar, in order to create an independent, united, sovereign, fair and prosperous NKRI, based on Pancasila and UUD 45. I believe the Dakwah Party from that vision is not the JI group,” he said.

Also read: PDRI Denies Being Infiltrated by JI, Will Report Defamation from Both Police and Civilians

Also read: The hashtag for disbanding MUI is crowded on social media, Spokesperson for the Vice President Calls the Terrorism Case Suspects Only Persons

“Today I speak because I feel disappointed, annoyed, hurt by the actions of Detachment 88 elements and the slander conveyed by police officers, that Indonesian People’s Da’wah Party, has been oppressed, slandered, JI’s host, JI’s ex, “Deddy showed.