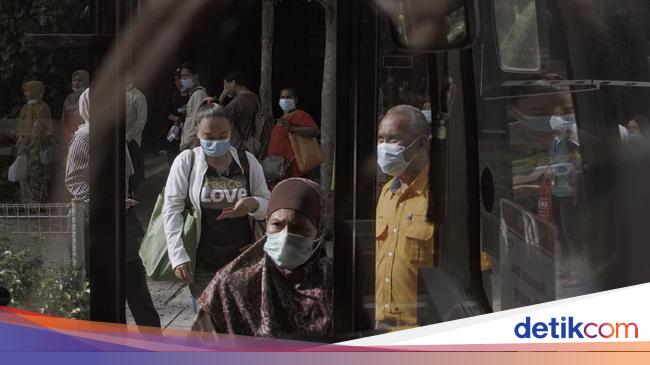 As the achievement of the so-called vaccination has reached 90 percent in the population over 18 years, Malaysia recorded a downward trend in the number of cases COVID-19. However, it is suspected that cases will increase again like a U-shaped curve.

Penang Hospital infectious disease consultant Dr Chow Ting Soo said the risk of the surge was due to varian Delta which is much more contagious than varian Corona other.

“In addition, the immunity provided by the vaccine will decrease after three to six months. This means that even after vaccination, breakthrough infections are anticipated and expected,” he said, quoted from The Straits Times, Wednesday (24/11/2021).

“This is what we are preparing to deal with the possibility of a re-emergence of cases or the so-called fourth wave,” added Dr Chow.

According to him, if the fourth wave arrives, the health care system could collapse and affect the economy. Anticipating that, he confirmed booster or third dose injection COVID-19 vaccine terribly needed.

On another occasion, Malaysia’s deputy health minister Aaron Ago Dagang said the government was ready to face a fourth wave of COVID-19 in the aftermath of the general election in the state of Melaka on Saturday. According to him, the effect of the event on the addition of new COVID-19 cases can be detected in 10-14 days.

“We are monitoring the situation. The government is aware and ready to face the possibility of a fourth wave in the country,” he said answering questions at the People’s Council, Tuesday (11/23/2021).

There has been an increase in cases

Virologist Dr Kumitaa Theva Das added, reflecting on the condition of COVID-19 Europe Now, the hospitalization and death rates from COVID-19 will also soar if the fourth wave occurs in Malaysia.

“In Europe, the spike in cases has mainly been among the elderly (who received vaccine shots earlier this year) and among children who are not eligible to be inoculated,” he said.

“The immediate concern is how much longer the health system can last if there is an increase in COVID-19 cases,” said Dr Kumitaa.

He said, based on CovidNow data, the increase in COVID-19 cases in the last two weeks occurred in Kedah, Melaka, Penang, Negri Sembilan and Terengganu.