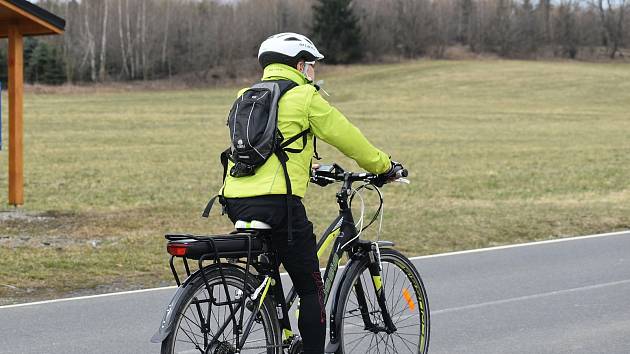 Nevertheless, overtaking cyclists with the legal distance has become a hot topic in recent weeks. The Minister of Transport, Martin Kupka (ODS), admitted that it was to be mitigated. Newly, drivers would not have to maintain almost any distance when overtaking at a lower speed, they would only follow the rule of safe overtaking. The proposal is already in the interdepartmental comment procedure.

Abolition of the mandatory driving distance? Cyclists will be at risk again, experts warn

As the reason for the change, the head of the transport department cites complaints from forest owners. According to them, the law cannot be obeyed without the threat of a fine. The situation is the same on roads of the second and third class. “As a cyclist myself, I know that riding on the shoulder, as some drivers imagine, is not possible in many cases, for example due to incorrectly placed channel inlets, potholes or broken shoulders. A driver who does not want to endanger a cyclist must swerve significantly from his lane when overtaking and risks a collision with oncoming vehicles in unclear sections,” writes Kupka in response to an open letter from the AutoMat association.

According to the Minister of Transport, another argument for relaxing the law is the lower number of accidents caused by overtaking without sufficient safety distance. “Over the past 12 years, there have been an average of 86 accidents per year. Of course, an accident can be caused by a combination of several risk factors. Nevertheless, it is possible to reliably state that failure to maintain a safe distance when overtaking is not the most significant problem in relation to the safety of cyclists,” answers Kupka. At the same time, he denies that he would distort or question the statistics on purpose.

See also  Martyna from "Wedding at First Sight" still holds much against the experts. Are you surprised?

Nevertheless, according to the AutoMat association, misinterpretation occurs. The data are not so-called cleaned of things that are not related to the issue. “An example is the degree of culpability of cyclist accidents. Cyclists do not cause two-thirds of accidents. This is a share including accidents, i.e. when a cyclist crashes into a tree or falls through no fault of others. Without them, the long-term at-fault rate is around 40 percent. In other words, in most cases, cyclists are not at fault in an accident, yet they are almost always seriously injured in accidents. We have the same data as the Minister of Transport, it’s just a matter of perspective,” Filler points out.

The number of accidents caused by insufficient distance when overtaking is also much higher. According to critics, these will happen much more than the ministry states. There can be almost four times more per year – that is, an average of 300 caroms. “The minister’s statistics only count accidents where failure to keep the distance is listed as the main cause of the accident. But accidents usually have a number of causes, and this rarely appears as the main cause in police data,” points out the initiator of the amendment to the law on overtaking cyclists and lawyer Tomáš Kindl. It resembles an example from Australia. She decided to introduce the 1.5 meter distance rule based on a report from the Australian Transport Safety Authority. He states that the most common cause of fatal cyclist accidents was rear-end collisions.

There are thousands of kilometers of unused tracks in the Czech Republic. Another is an adept on the bike path

Traffic experts previously told Deník that the new change will bring more chaos. According to Roman Budský, the chairman of the Vision 0 Platform, the absence of a longer public discussion was a huge mistake. “From the beginning, I have argued that the approval was too hasty. The need to maintain a safe distance should have been thoroughly discussed and explained to the public about its importance all last year, while at the same time gathering knowledge from abroad. By not doing this, a huge gap has been dug between drivers and cyclists. While before that, drivers felt harmed, now, on the contrary, cyclists,” thinks Budský.

The Central Automobile Club is also worried about possible changes. It can lead to dangerous situations in traffic. “Perhaps if the driver approaches the traffic light slower than 30, he will no longer have to keep a meter and a half distance. Overtaking cyclists, combine harvesters and the like will be just as problematic. We don’t consider it a happy solution,” says ÚAMK spokesman Igor Sirota.