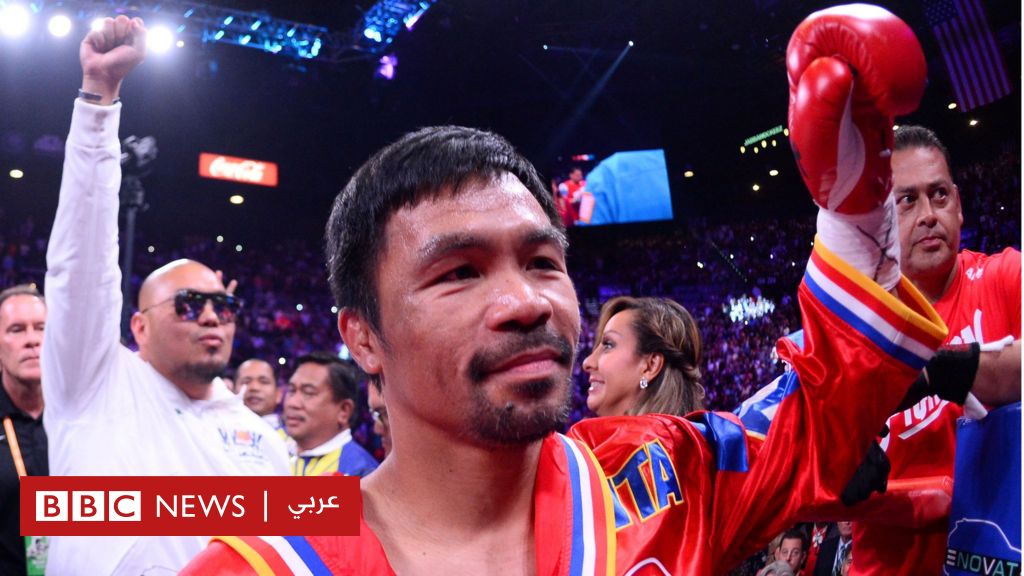 World boxing champion Manny Pacquiao has announced his retirement to focus on his political career.

The world champion, a senator in the Philippines, expressed his intention to run for the presidency of the country and to run in the upcoming elections in 2022.

“Boxing is over for me,” Pacquiao said.

In a video posted on social media, Pacquiao described retirement as the “hardest decision” he had ever made, adding that boxing had given him “the opportunity to lift himself out of poverty” and “the courage to change the lives of many.”

He also thanked his fans, friends and all those who supported him throughout his career, led by his longtime coach Freddy Roach, who he described as “my family, my brother and my friend”.

“I will never forget what I did and accomplished in my life,” he said.

Pacquiao grew up poor in the southern Philippines, then moved to the capital, Manila, as a teenager to start boxing, which made him one of the world’s highest-paid athletes.

Pacquiao won his first major title (WBC World Flyweight Champion) in 1998 when he was 19, defeating Chachai Sasakul of Thailand.

Within three years, he became a boxer in Las Vegas, where he defeated South African Lehlohonolu Ledwaba and claimed the world featherweight title.

Pacquiao is considered one of the greatest professional boxers of all time, winning 12 different titles across eight different weight classes, and is the only boxer to hold the world titles for four decades.

In July 2019, Pacquiao became the oldest lightweight world champion. At the age of forty, he defeated Keith Thurman to win the WBC World Champion title, although he was stripped of that title in January 2021 due to inactivity.

Speaking after his defeat to Cuban Ugas in August, Pacquiao said he was considering retiring.

Pacquiao’s retirement comes after a track record of 62 victories and eight defeats.

Pacquiao entered politics in 2010 when he won a seat in the Philippine House of Representatives, then was elected to a six-year term in the Senate in 2016.

Earlier this month, Pacquiao confirmed his intention to run in the presidential elections.