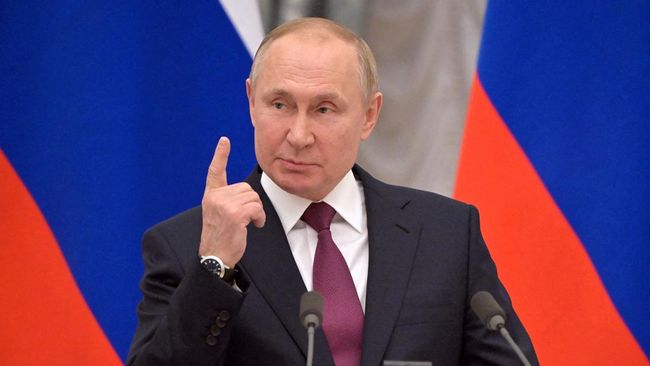 The world was in an uproar when they saw photos of the bodies of civilians lying on the ground Ukraineallegedly killed by troops Russia. A number of parties then urged the President Vladimir Putin tried in international courts.

One of those pressures came from the President of the United States, Joe Biden. According to him, Russia’s atrocities in a number of cities in Ukraine, including Bucha, are very barbaric.

Agreeing with Biden, a number of other international organizations have also called for Putin to be tried in the International Criminal Court (ICC).

So, what is a war crime? How is the judicial process at the ICC? Could Putin be prosecuted?

What is a war crime?

According to the ICC document, war crimes are violations of the Geneva Conventions in the context of armed conflict.

Some of the acts that are included in war crimes are killing, mutilating, taking hostage, intentionally attacking civilians.

Not only that, sexual violence, sexual slavery, to recruiting children under 15 years into the armed forces are also included in war crimes.

As reported CNNevidence of war crimes can be obtained from testimonials, satellite images, and various other sources.

The ICC’s job is to bring leaders of countries that normally have impunity to justice. They can also prosecute those around the leader who are deemed involved.

Based on information in site Officially, the ICC was first established to prevent crimes from happening again.

Crimes that can be tried at the ICC are genocide, war crimes, crimes against humanity, and crimes of aggression.

Who can be tried at the ICC?

The ICC prosecutes individuals, not nations, and focuses on those most responsible.

Ukraine itself is not a member of the ICC, but they have approved a team from the court to carry out their duties on the territory of their country.

Thus, in theory Putin could be tried for ordering war crimes in Crimea.

However, the ICC does not adjudicate in absentia. This means that Putin will have to appear in person in court, either by being handed over to Russia voluntarily or by being arrested while abroad, but that is unlikely.

Could Putin be put on trial? Read on the next page >>>


Many sue Putin in the international court, what is the process?