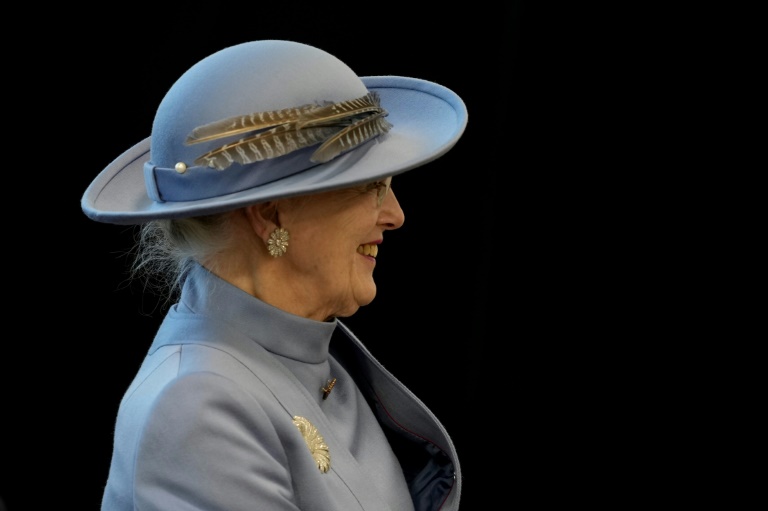 She had become queen at the age of 31 on a foggy day in January, Margrethe II celebrates her fifty years of reign soberly on Friday, due to the pandemic, while waiting for popular celebrations in September.

Original in the soul, this sovereign artist always dignified and dressed to the nines has crossed this half-century without hitches or missteps, far from the escapades of the English monarchy, bringing her people together more and more in the process.

“When she ascended the throne only 45% of Danes supported the monarchy, they did not believe that a monarchy had its place in a modern democracy”, explains to AFP the journalist Gitte Redder, author of books on the house. Royal of Denmark.

Today, the Danish monarchy is among the most popular in the world and its monarch, whose reign is the second most in the history of the kingdom, is an institution.

In 2018, a Voxmeter poll showed that more than three-quarters of Danes were in favor of royalty while only 14.6% of them wanted the establishment of a republic.

“The basis of this popularity is that the queen is not political at all, she unites the nation instead of dividing it,” historian Lars Hovebakke Sørensen told AFP.

“She managed to be a queen who united the Danish nation through a lot of changes: globalization, the advent of a multicultural state, economic crises in the 1970s, 1980s and again between 2008 and 2015, and the Covid-19 pandemic”, he develops.

Became queen on January 14, 1972 on the death of her father Frederik IX, this mother of two children, now eight times a grandmother, was then the first woman to ascend the throne of the oldest European royal house still in place. .

See also  Lazio, Romulo and the message for Mihajlovic: "Whoever wore this shirt has extra strength"

Margrethe I however reigned over Denmark between 1375 and 1412, and also a shorter period over Norway and Sweden, but she did not bear the title of queen.

“She has a strong sense of duty and never questioned her destiny,” notes historian Tom Buk-Swienty.

In a documentary, Margrethe II confided that she learned from her father to receive the love of her subjects. “You have to receive. You don’t just have to wave, ”Frederik IX had told him in particular.

Widowed since 2018, the queen, affectionately nicknamed “Daisy” by her people, has contributed to gradually modernizing the monarchy without trivializing it.

Costume designer and scenographer, she does not hesitate to answer questions from journalists in a press conference and recently allowed herself to be interviewed by around twenty Danes during a program to celebrate her jubilee.

Always wearing an impeccable bun – very rare are the shots of her hair down – the sovereign likes to walk her frank smile across the country and every summer, she takes a cruise with her yacht, the Danneborg, before taking up residence. summer in France at the Château de Caix, bought with her late husband Prince Henrik, of French origin.

“From a very early age, she was extremely curious about the world (…) and traveled halfway around the globe before she was 25,” recalls Mr. Buk-Swienty.

Her erudition and her many talents make her an example for the Danes who religiously follow her television appearances, in particular her vows.

“His speeches are always extremely good. They always feel like they’re learning something,” says Hovebakke Sørensen.

See also  A Mysterious Hole Appears on the Field of Austria Vs Denmark!

A polyglot intellectual, she tried her hand at translation by creating, in particular, in 1981, under a pseudonym and in collaboration with her husband, a Danish version of Simone de Beauvoir’s work “All men are mortal”.

But it is above all in drawing and painting that she stands out. Margrethe has illustrated numerous literary works, such as the 2002 reissue of JRR Tolkien’s “Lord of the Rings”.

His paintings have been exhibited in prestigious museums and galleries – in Denmark and abroad.

Despite her almost 82 years, she does not intend to leave the place. “I will stay on the throne until I fall,” warned this inveterate smoker.

There is no tradition of abdication in the Scandinavian country of 5.8 million people.

The only sovereign to have renounced the throne in the history of this millennial monarchy was Erik III, crowned in 1137, who had decided nine years later to swap the royal tiara for the monastic tonsure.

54% of Danes believe that despite her age the Queen should not abdicate although 83% consider her son, Crown Prince Frederik, 53, ready to succeed her.