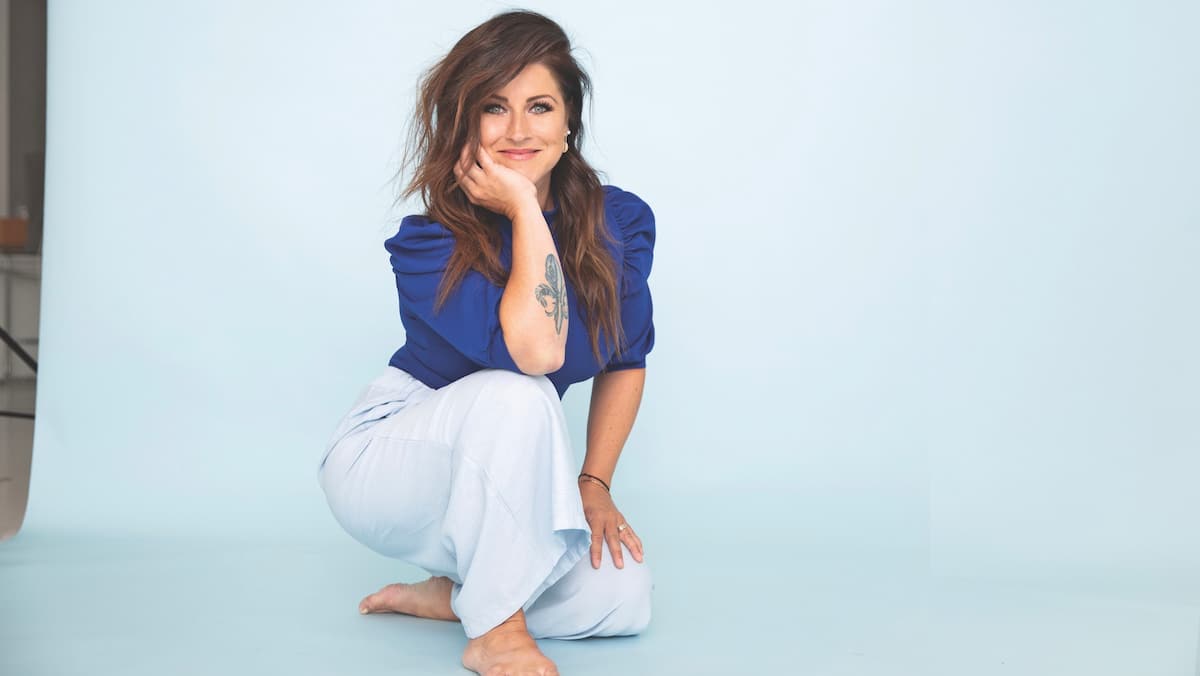 One of the greatest gifts to give our child is that he can continue his studies if he so desires. This is one of Marie-Élaine Thibert’s dearest wishes for her daughter, Marie-Félix. The singer’s school career has not always been easy. She now knows she has ADD (Attention Deficit Disorder), which she has learned to deal with. She therefore puts everything in place so that Marie-Félix can follow her path with confidence.

• Read also: Wilfred LeBouthillier and his spouse Jézabel confide in their trying year

Marie-Élaine, you have various commitments this summer.

Yes, I resume the tour of Nicole, the songs of a life. It’s a great success! We have extras until 2024. I also plan to develop my indoor show with band, scenery and staging. I will be the co-producer. I like working with experienced people who guide me, while having both hands in it. My piano-voice tour will begin with the ROSEQ at the end of August, and I will present nine shows. It’s such a pleasant tour… To be together, each evening, in a different small village in Gaspésie, it’s wonderful!

Will your daughter be with you on this tour?

Marie-Félix will follow me half the time. I will return to Montreal for four shows, then I will leave with her. Yves, who is my right arm, will also follow me. These two are very complicit!

You have just shown us the video of Reminds youin which Marie-Félix participated.

Yes, she plays my role there at nine years old. It’s not really my childhood, because I grew up in Montreal and we shot in the Magdalen Islands. We romanticized the whole thing. We drove two days to get there, toured for two days, then drove again for two days to get back. (laughs) My daughter has been wonderful! She bonds easily with others. On the ferry, she made friends, with whom she played.

See also  "There is more doubt than before": Angèle confides in her feelings and her career in an intimate interview

Does she feel attracted to this profession?

She sings, she dances, it’s part of her passions, but I don’t think she’ll make a career out of it, and that’s fine! She likes medicine, paediatrics, childbirth. Even more technical things interest him. I sometimes invite her to watch something else, but she finds it fascinating. Ever since she was little, she’s been talking to me about medicine and children. I save for her studies, so that she can have access to the best there is in this area. If she chooses something else, so much the better or too bad, but if she really wants to, she has a bright future ahead of her.

Does she do well in school?

Yes, she’s good, but she doesn’t like to study. From Monday to Thursday, I force him to do homework and lessons. I accompany him. I seem strict on this level, but I try to give her this daily routine so that in high school she doesn’t do like me—and like many others—that is, do her homework at the last minute and sometimes even not completing them. I try to instill this good habit in him, but then it will be his choice.

Was going to school difficult for you?

Yes, but it must be said that I still have ADD (attention deficit disorder). He’s lighthearted, but at school there were consequences. In class, I didn’t listen. In the evening, I didn’t know what homework to do or I forgot to do it. I never disturbed, but I was not always very attentive. I was over the moon. (laughs) From the second year of primary school, I went to the stars…

Was being able to put a name to what you were going through a relief for you?

Yes, just like knowing that many suffer from it. In my case, it’s light. I have consulted. When I really need it, I take medicine, but I don’t take it every day. I accept myself as I am. My friends laugh at me because I’m in the moon. I can hardly get to the end of the to-do list. But I tell myself that everyone has something! If it’s not attention deficit, it’s something else. Basically, what exactly is “normal”? Recently, my mother gave me my report cards, which she had kept. I had grades in the 70s, sometimes in the 60s, but it wasn’t as bad as I thought.

At the time, there were no resources or support?

No, hyperactive people were given Ritalin, but I doubt there was anything available for those with ADD without hyperactivity. Every year in high school, I had to take summer math classes. Every summer, I had to continue school…

No. I am very happy to see that my daughter listens at school, understands the first time and assimilates what she has learned. Marie-Félix is ​​leaving for the fourth year with top grades. It’s reassuring, especially because it goes hand in hand with self-esteem.

Your ADD did not prevent you from succeeding and finding your place.

In effect. It was in high school that I discovered that I could sing. I was studying in a music school. I was not yet aware of my voice, it was life that led me to discover it. She has been good to me.

Are you aware of giving your daughter beautiful tools so that she can discover herself in turn?

As a parent, I believe we have this duty. I remember my mother’s insistence on making me do my homework… I was sitting upside down in my chair and drawing under the table while she tried to explain something to me for the 20th times… I admit that she was patient, but patient! When I was in high school, she was able to let me screw up. It was up to me to take charge.

Are you inspired by your mother’s dedication to your role as a parent?

Yes. My parents were separated and my father was present, but I only saw him every other weekend. My mother raised me alone. There is always spice in a mother-daughter relationship… (laughs) We both have character. Now I see my daughter being close to my mother and having the same relationship with her that she has with me.

Read all the news about your favorite stars in the latest edition of the magazine The week currently on newsstands, or online at jemagazine.ca