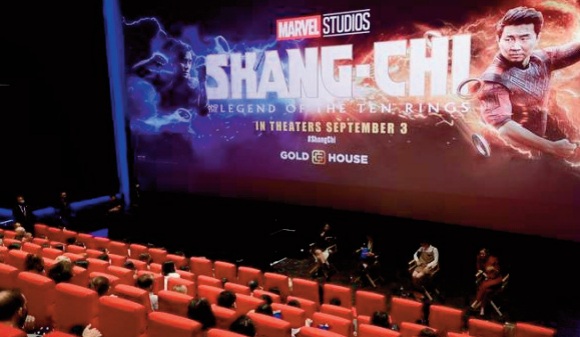 The Disney film “Shang-Chi and the Legend of the Ten Rings,” which stars the first Asian superhero in the Marvel franchise, reigned supreme at the North American box office for the second week in a row, amassing 35.8 million dollars in revenue according to provisional figures from a specialist firm released Sunday. The film, starring Chinese-Canadian Simu Liu as a former assassin who fled a domineering father (Hong Kong superstar Tony Leung), has already raised $ 145.6 million in US and Canadian cinemas. , according to the specialist firm Exhibitor Relations. The action comedy “Free Guy” climbed to number two, grossing $ 5.8 million. Ryan Reynolds plays a simple extra in a video game who seeks to take his destiny in hand and disrupts the well-oiled mechanics thought by the creators. Third place went to a newcomer, the horror film “Malignant” and its $ 5.6 million raised. This is a “weak start for a genre that has held up well during the pandemic,” according to analyst David Gross, who heads Franchise Entertainment Research. Another horror film, “Candyman”, a Universal-produced remake of the famous 1992 film, took fourth place ($ 4.8 million this weekend, and $ 48 million since its release). The Top 5 is completed by the Disney adventure film “Jungle Cruise”, with $ 2.4 million.