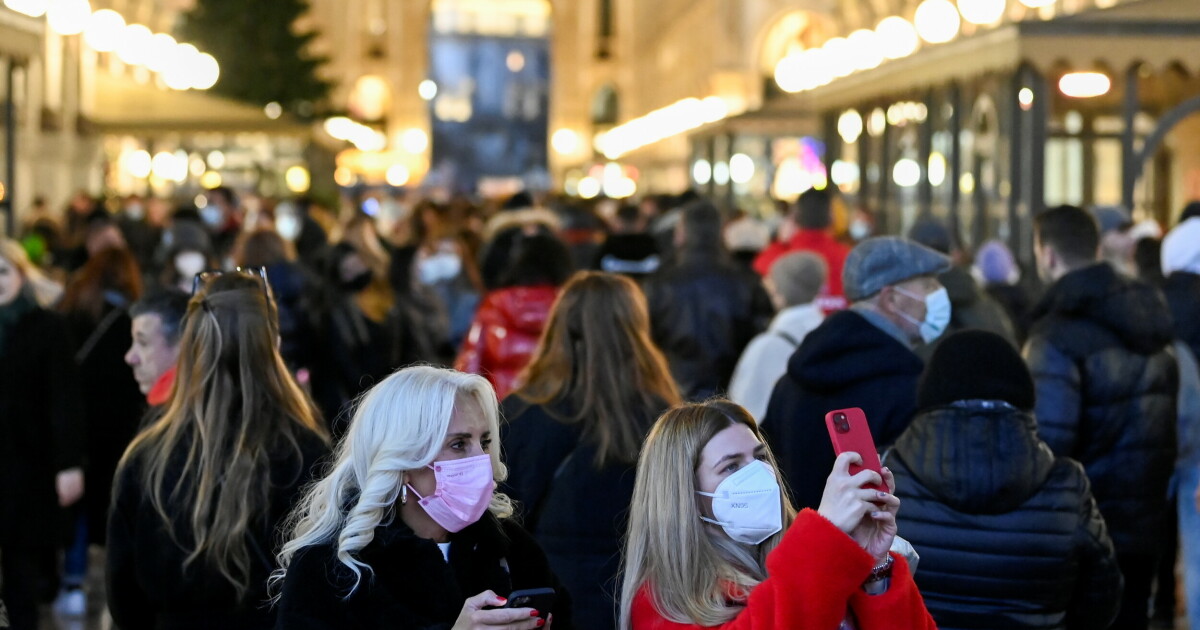 Omicron, a new variant of the coronavirus first discovered in southern Africa, has in recent days led to a number of countries introduced new travel restrictions. Some have also closed their borders. The reason is the variety of many mutations in the spike protein, which may make the virus more contagious and resistant to vaccines, but this has not yet been confirmed.

The first cases in Europe were detected in Belgium on Friday afternoon, and since then the variant has been discovered in people in, among others, the United Kingdom, the Czech Republic, Germany, The Netherlands and Denmark.

Italian health authorities confirmed the country’s first omicron case on Friday, saying at the same time that the case concerned a traveler from Mozambique.

According to Italian Sky TG24 landed the infected man at Rome’s main airport Fiumicino on November 12, after traveling from Mozambique’s capital Maputo, via Johannesburg in South Africa.

After arriving in Italy, the man is said to have traveled home to his family in a city north of Naples, according to the newspaper.

In a statement to Italian media, the man, who has not been identified, says that he took a negative PCR test before leaving Africa, and that he also had no symptoms of illness.

– I respected the distance rules all the way, the man is said to have said in the statement.

The man had been in Africa working for the oil company Eni SPA, writes Bloomberg.

A couple of days after he returned to Italy, he then traveled by plane from Naples to Milan, further north in Italy, for a planned medical examination under the auspices of the company he works for, writes Sky TG2.

In Milan, the man is said to have rented a car, spent the night in a hotel and eaten at a restaurant, before he showed up at the hospital the next day, Bloomberg writes.

– I showed up at San Donato Milanese for the health check I had agreed, and at the same time took a new PCR test, which I needed to be able to travel by plane back to Maputo, the man says in the statement, reproduced by Sky TG24.

He is then said to have driven back to the airport in Rome, where he was to fly back to work in Mozambique.

On the way to the airport, however, he is said to have been told that the PCR test he had taken at the hospital was positive, and the man instead returned to his home outside Naples, where he is now sitting in isolation with his family.

According to Bloomberg, both the husband’s wife, two children and mother-in-law have tested positive for the coronavirus.

– I am glad that I have been vaccinated, because the vaccine has worked excellently for us, the man told the Italian radio channel Rai Radio, according to Sky TG2.

The man told the channel that the family, himself included, only experienced mild symptoms. The youngest child should be eight years old, while the mother-in-law should be 81 years old.

According to the channel, all the 133 passengers who were on board the plane that arrived in Rome from Johannesburg on November 12 have been tested, and the tests have been sent for analysis.

An agency in the Lombardy region, where Milan is located, says in a statement that the hospital the man visited is informed about the infection. According to the statement, the man had “no contact with other people, neither in the workplace nor in his free time”.

Infection tracing has also been implemented for close contacts with the man’s family, and the two children’s school classes have been quarantined.

Omicron was classified as a variant of concern by the World Health Organization (WHO) on Friday. There is still a lot that is not familiar with the new variant, but in a statement on Sunday, the WHO says that preliminary studies indicate that the variant may increase the risk that people who have already had corona will be re-infected.

Preliminary studies suggest that there may be an increased risk of re-infection with omicron compared with other variants of concern, but the information is limited. More information about this will be available in the coming days and weeks, writes WHO in an update.

It is currently unknown whether the variant causes more serious illness – although there is little preliminary indication of this – and it has also not been confirmed that the variant is more easily transmitted than other variants of concern, such as the delta variant.