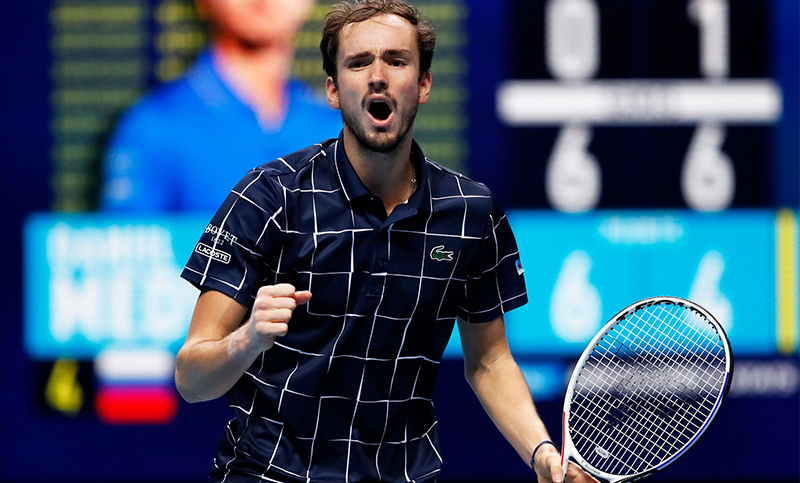 Russian Daniil Medvedev eliminated Nadal, and will play the final of the London Masters, against Austrian Dominic Thiem (defeated Djokovic), this Sunday in an unexpected final. Both tennis players managed to beat the two best players in the ATP world ranking today.

Djokovic, who was looking for his sixth title in the Masters to equal the Swiss Roger Federer, dominated the tie break of the third set 4/0, although Thiem turned things around with great serves and good returns and ended up winning in the semifinals, in a match which lasted two hours and 54 minutes at the O2 Arena.

Thiem, led by Chilean Nicolás Massú, won his only Grand Slam this year, the US Open, in addition to being a finalist at the 2020 Australian Open (he lost just to Djokovic).

Furthermore, under Massú’s leadership, Thiem conquered his only 1,000 Masters, at Indian Wells 2019, and reached his second ATP Masters final. At the 2019 Nitto ATP Finals, Thiem lost in the final to Greek Stefanos Tsitsipas.

The Russian, winner of the group in which Argentine Diego Schwartzman played, is the only undefeated in the tournament and also beat Nadal for the first time in his career after three defeats.

Medvedev, 24, born in Moscow and residing in Monaco, has eight titles, one this year (Masters 1000 de Paris-Bercy).

For the Spaniard, 13 times Roland Garros champion, the Masters is his great pending account: he could never win.