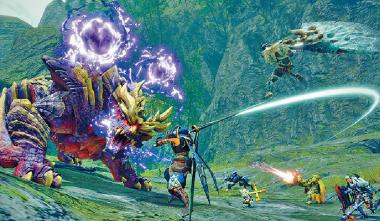 Following the launch of the Switch version last year, the popular Manghen series “Monster Hunter Rise” has just landed on the Steam platform. In addition to the substantial upgrade of the picture quality and support for 4K resolution output, another major feature of the Steam version is the special addition of the “filter” function. By applying different filters such as black and white, nostalgic, Japanese or Warring States, you can present a completely different atmosphere than usual. The Steam version basically contains all the released content of the Switch version until Ver.3.6.1, and is scheduled to be fully synchronized from the end of February, in other words, 39 event tasks and 7 challenge tasks can be played from the beginning. As for the new large-scale DLC “Monster Hunter Rise: Sunbreak”, the same as the Switch version will be installed this summer.