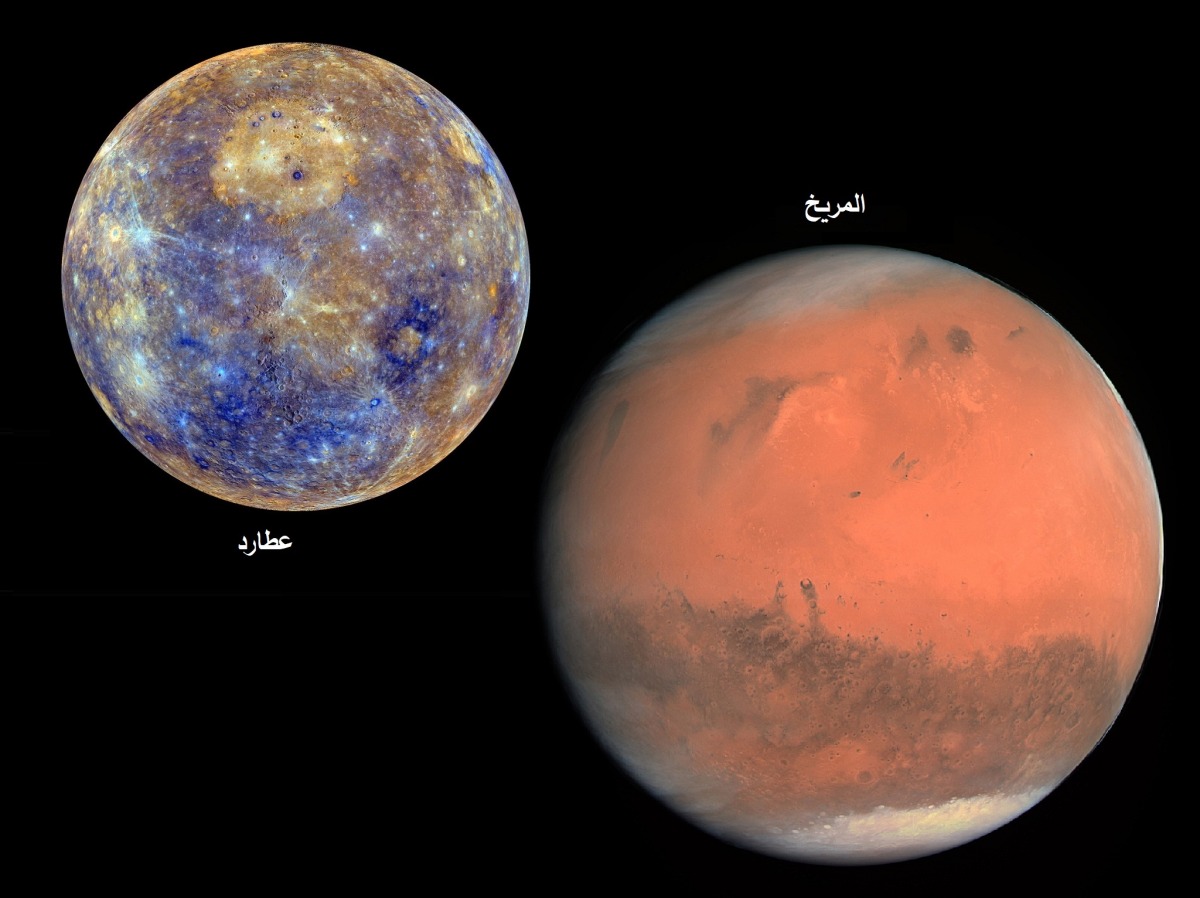 The Qatari Calendar House announced that the smallest planet of the solar system, Mercury, will meet with the red planet Mars in the sky of the State of Qatar, on the evening of Thursday, 11 of Muharram 1443 AH, corresponding to August 19, 2021 AD, as Mercury will be at an angular distance of approximately a quarter of an arc degree south of the center of the planet. Mars.
Dr. mentioned. Bashir Marzouk (the astronomer expert at the Qatari Calendar House) that the residents of the State of Qatar will be able to see and monitor the planets Mercury and Mars together above the western horizon in the evening sky with the naked eye or using astronomical devices after sunset on Thursday at 6:06 pm Doha time The local time, and even before the sunset of Mercury and Mars at 6:57 pm Doha local time, from areas far from light and environmental pollutants and the need for there to be no obstacle to monitoring towards the western horizon.
The importance of this astronomical phenomenon lies in the fact that it is a good opportunity to see, monitor and photograph the two planets together at the nearest point on the page of the sky. Celestial bodies that can be observed and seen every night in the sky.
Mercury is the smallest planet in the solar system, and it is closest to the sun, as it completes a revolution around the sun approximately every 88 days. Its orbit around the sun lies within the orbit of the Earth around the sun.
It is worth noting that Mars is the fourth farthest planet from the sun, and Mars completes a full revolution around the sun (the length of the year on Mars) in approximately 687 days, and two moons, Phobos and Deimos, revolve around it.