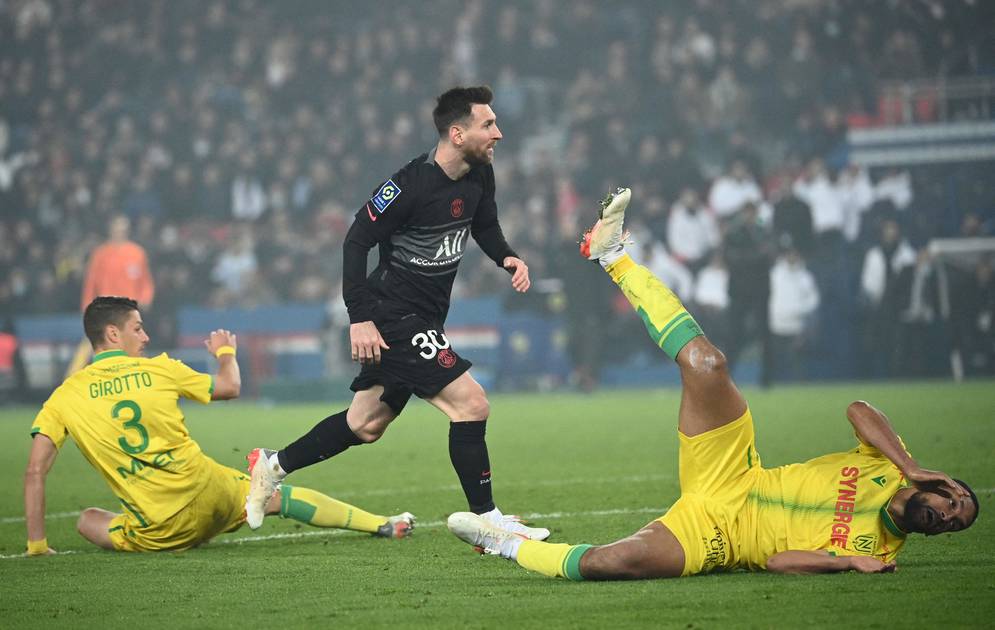 Paris – Reuters
Lionel Messi scored his first goal in Ligue 1 when Paris Saint-Germain consolidated its lead by 13 points, despite playing for about half an hour with ten men in a 3-1 victory over its visitors Nantes on Saturday.
Messi scored with a shot from outside the penalty area three minutes before the end.
Kylian Mbappe opened the scoring, but Randall Kolo-Mwane equalized for Nantes before his team-mate Denis Appiah scored by mistake.
Paris Saint-Germain raised its score to 37 points from 14 games before going out to face Manchester City in the Champions League on Wednesday, while Nantes remained in 11th place with 18 points.
Messi had scored three goals with Paris Saint-Germain in the Champions League since joining from Barcelona early this season, but he was unable to score in five league matches before he succeeded today.