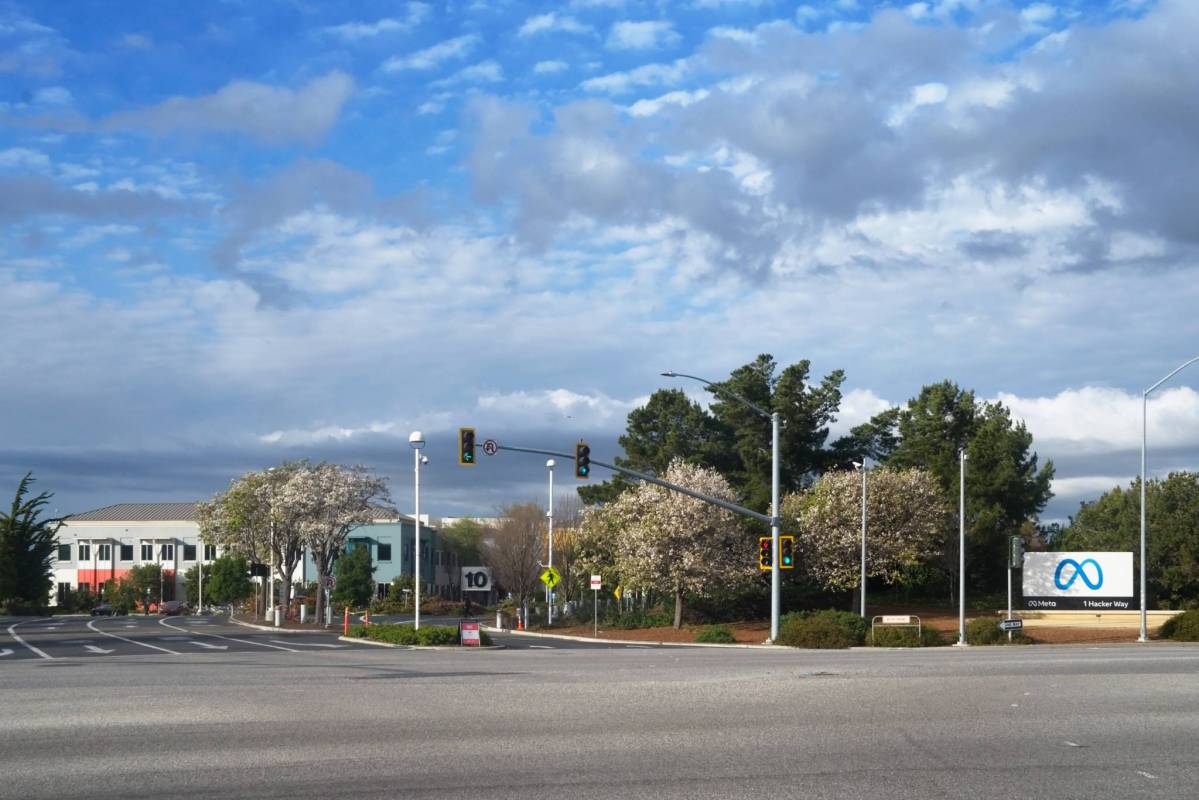 US company Meta’s quarterly profit beat Wall Street expectations despite slowing revenue growth, and the company that includes Facebook and Instagram has attracted new users to its social networks.

The group achieved net profits of $7.47 billion in the first quarter of this year, a decline of 21 percent year on year, while its revenues increased by 7 percent, approaching $28 billion, in light of delicate economic and political conditions, and suffering from competition posed by the Tech platform. Tok to war in Ukraine.

But the most prominent thing in its results is that it showed that it did not lose users again, and last February, “Meta” admitted that it had lost for the first time about one million active daily users, according to “French”.

At the end of March, the number of daily active Facebook users reached 1.96 billion, while about 3.64 billion people worldwide use at least one of the group’s platforms “Facebook, Instagram, Messenger and WhatsApp” every month, which represents a slight increase. However, “Facebook user growth is stagnating,” notes Debra Aho Williamson, an analyst at eMarketer.

She considered that the task of the group’s growth engine now falls next to Instagram, noting that the number of users of the group’s virtual reality platform “Horizon Worlds” is “at this stage limited to hundreds of thousands” only, despite the media hype that the development projects of the world of “Metaverse” arouse.

The group headed by Mark Zuckerberg changed its name in October 2021 to reflect the shift in its strategy. The giant group in the field of social networking intends to focus on “Metaverse”, which is described in Silicon Valley as the future of the Internet, which is a parallel world that users access by means of virtual or augmented reality technologies, with the aim of interacting, working or entertaining.

However, “Meta”, which ranks second in the world in terms of the volume of ads on its networks, is facing in the near future a lot of adverse conditions.

The rules that Apple imposed last year – to prevent apps from collecting user data without permission for advertising purposes – will negatively affect its financial results.

Jasmine Einberg, an analyst at “Insider Intelligence,” said that this problem “is coupled with the rise of “Tik Tok”, and the fears of “advertised” brands regarding problematic posts on social networks and the change in the behavior of their users,” which are factors “that could disrupt Meta’s revenue.” advertising”.

The popular competitor Tik Tok application continues to nibble percentages of users of other prominent platforms, such as YouTube and Instagram, which prompted these two networks to reproduce the successful Tik Tok formula by allowing users to publish short, entertaining videos, through “YouTube Shorts” and “Rails”. from Instagram.

While Mark Zuckerberg, head of Meta, admitted in a conference call with analysts that the adoption of the short video format “has not yet generated significant revenues”, he confirmed that the group is optimistic in this regard.

Sheryl Sandberg, director of operations, expected that “it will take several years, as happened with the “Stories” format, which is cloned from a similar format created by the Snapchat network and allows publishing temporary stories that disappear after a certain time.

“Meta” will suffer in 2022, like its neighbor, “Google”, comparisons with 2021, which witnessed a boom in the use of the Internet due to the Covid-19 pandemic.

The two companies also employed heavily, as more than 77,800 people now work in Meta, an increase of 28 percent within one year.

And it doesn’t stop there, Zuckerberg has invited engineers who want to build Metaverse and “work on amazing AI projects” to join his group.

“I know some people criticize the advertising model, but it generates a lot of value for companies and people around the world, those who believe in it and want to make it grow, I want them here too,” he said.

In addition to Apple’s changes, social networks will have to adapt to new European laws.

In parallel to the failure to resolve some disputes related to European legislation on personal data, dating back to 2018, the European Union recently passed historic legislation, the Digital Services Act, obligating platforms to remove illegal content and cooperate with the authorities.

Above all, the US group is suffering the consequences of inflation that pushes advertisers to austerize their budgets, while the war in Ukraine led to the banning of Facebook and Instagram in Russia, and the two networks no longer publish Russian ads in the world in general.

Therefore, Tamita expects revenues ranging between $28 billion and $30 billion in the second quarter of 2022, that is, unchanged from its revenues in the same period last year, $29 billion.