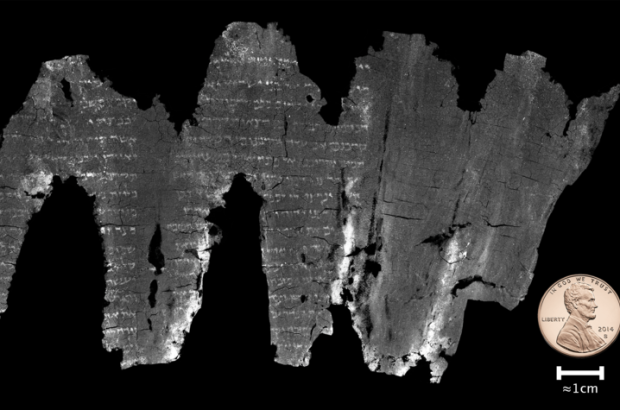 KAIRO – After being discovered in 1970, finally the secret of the scroll Holy book successfully uncovered using advanced technology. A scroll containing the covenant between the Prophet Moses and God.

As reported by Unilad and the official website of the University of Kentucky, Tuesday (28/9/2021), the Ein Gedi scroll is an ancient and fragile parchment in Hebrew. Based on carbon testing methods it is estimated to be from the third or fourth century AD. READ ALSO – Scientists Find Evidence of God’s Power to Exterminate Sodomites

Researchers at the University of Kentucky, United States, and Jerusalem managed to read the manuscript in it through three-dimensional analysis with X-ray scanning, the journal Sciences Advances reported.

Reading the manuscript with technology, which is special software that detects the parchment layers and opens them digitally, reveals for the first time the Hebrew text was written on scrolls some 1,500 years ago.

“I’ve actually never seen an actual scroll, to me, it’s a testament to the power of the digital age.” said Brent Seales, a professor at the University of Kentucky.

Special software created to reveal words on scrolls n a burning fire found in the sacred ark near the Dead Sea.

To distinguish the contours of rolled papyrus, Seales wrote a computer program. He likened the process to cartography: the density data from a micro-CT scan is a whole world of chaotic shapes and shapes, and papyrus bends like the edges of a continent that his algorithm can sketch.

Unfortunately, the x-rays and their algorithm couldn’t read the carbon-based ink on Roman scrolls. News of the Seales software reached the Israel Antiquities Authority (IAA). They had already scanned the Ein Gedi scroll with a micro-CT machine but could not understand the information.

Luckily for Seales, the Hebrews added metal to their ink, which is clearly visible as a bright white spot in the CT data. When the software is about to open a layer from the middle of the scroll, there is the text: “The LORD called Moses and spoke to him,” it begins. The Israelite translator identified these words as the first verse of Leviticus, the law book.

“This discovery really surprised us, scanning that burning scroll , and managed to uncover it” Pnina Shor, curator and director of the IAA’s Dead Sea Scrolls Project.