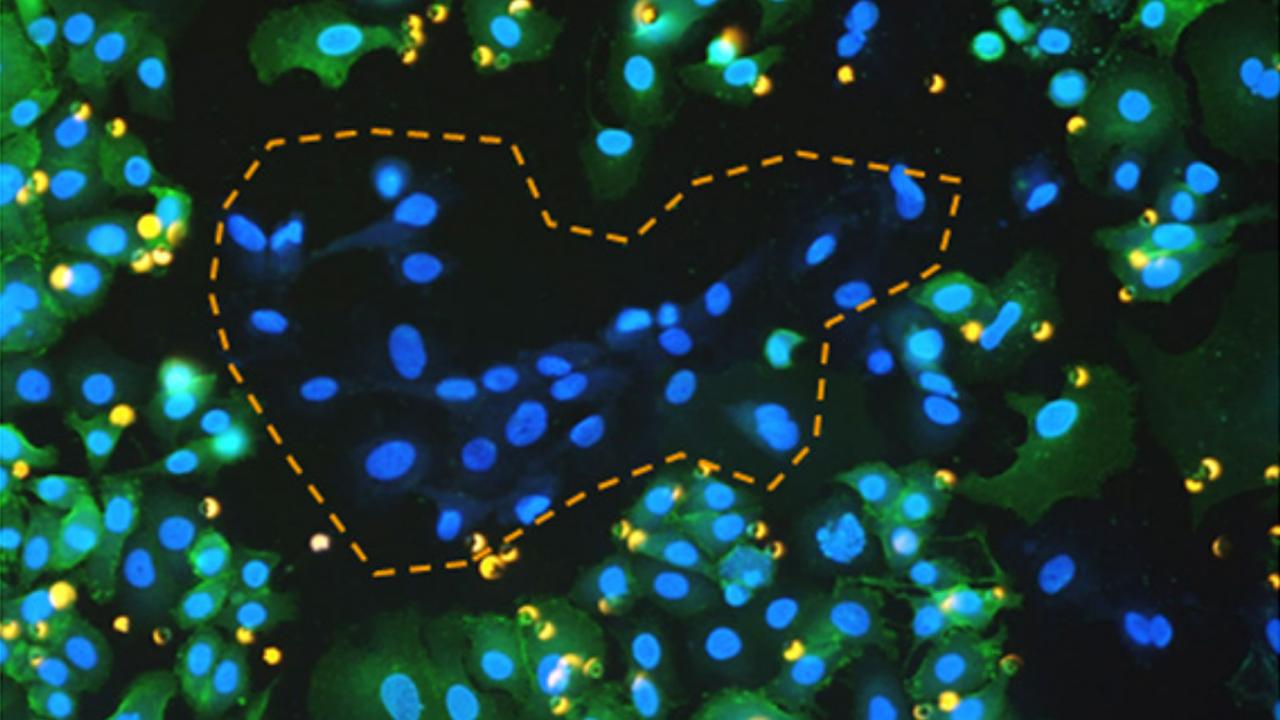 The German Max-Planck Institute for Intelligent Systems (MPI-IS) has developed a micro-robot that will conduct research into cancer cells in blood vessels. In terms of size, shape and dexterity, the robot resembles a white blood cell, or leukocyte. According to the researchers, this should make it easier in the future to deliver very targeted medicines to those places in the body where they are most needed. The study results are published in the journal Science Robotics.

The robot was tested in an artificial blood vessel in the laboratory, where it encountered approximately the same obstacles as in a real human body. The robot moves like a leukocyte. The researchers therefore call it a “microroller”, which gets its energy from small magnetic coils.

Rolling along the wall of a blood vessel

“Our goal is to create the next generation of transportation for minimally invasive, targeted drug delivery that allows us to penetrate even further into the body,” said Metin Sitti, director of the physical intelligence department at MPI-IS and co-author of the study.

White blood cells served as inspiration because they are the only mobile cells in the bloodstream. On their patrol to places where pathogens have entered, the white blood cells roll down the inner wall of the blood vessels and come out when they arrive at a wound, for example. Their ability to move is mainly due to the much slower flow velocity along the inner walls of the blood vessels.

“Magnetic fields allow our micro-robots to navigate upstream through a simulated blood vessel, which is challenging due to the strong blood flow and dense cellular environment,” said co-researcher Yunus Alapan. “No microrobot has ever been able to withstand such a current. In addition, our robots can independently recognize cells of interest to them, such as cancer cells. They can do this because we have coated them with antibodies. They can then release the drugs. while driving.”

In the laboratory, the microrobot can reach a speed of up to 600 micrometers per second. That’s about 76 body lengths per second, making it the fastest magnetic microrobot of its size.

That all sounds fantastic, but according to Max-Planck it is not allowed to cheer too early. First, a real body is different from a recreated circulatory system in the laboratory. In addition, the robot can only carry a limited amount of medicine. In the future, it is therefore the intention that the micro-robots in flocks go out to deliver their cargo to the right place.