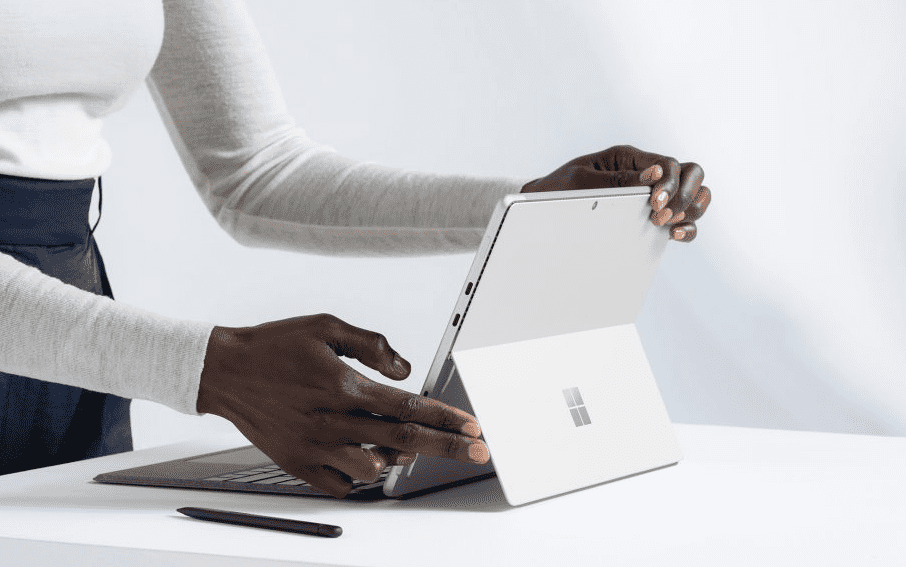 The Pro 8 is a major upgrade from of Pro 7. The screen has been expanded from 12.3 inches to 13 inches. Some versions allow a refresh rate of 120Hz, while the limit for the Pro 7 is 60Hz. RAM capacity has also been expanded. The most powerful versions have 32GB instead of 16GB.

In addition, the processor options have been renewed. The Pro 8 offers choice among 11th Gen Intel CPUs. The new battery life stands out. The Pro 7 lasted roughly 10.5 hours on a full battery. According to Microsoft, the Pro 8 peaks at 16 hours.

Furthermore, the Pro 8 offers more connections, more modern security measures and a 10-megapixel 4K video camera. Most technology surpasses the Pro 7. A slightly heavier model is the logical consequence. The Pro 8 weighs about 100 grams more than the Pro 7, but remains under the kilo at 890 grams.

Improvements to the Go 3 are less flashy, but welcome nonetheless. Microsoft changed almost nothing about the screen, RAM and storage drives. That keeps the weight down. A laptop of 544 grams is and remains impressive.

The Go 3 comes with new processors: a Pentium 6500Y or 10th Gen Intel i3. According to Microsoft, the model will last 11 hours, an hour more than de Go 2.

The Surface Pro X has been on the market for a while now. The Wifi variant of the model is new. Unlike previous versions, the Surface Pro X Wifi does not support LTE connections. With one exception, the components are comparable to the Pro 8. The Surface Pro X runs on ARM via a Microsoft CPU and Qualcomm GPU.