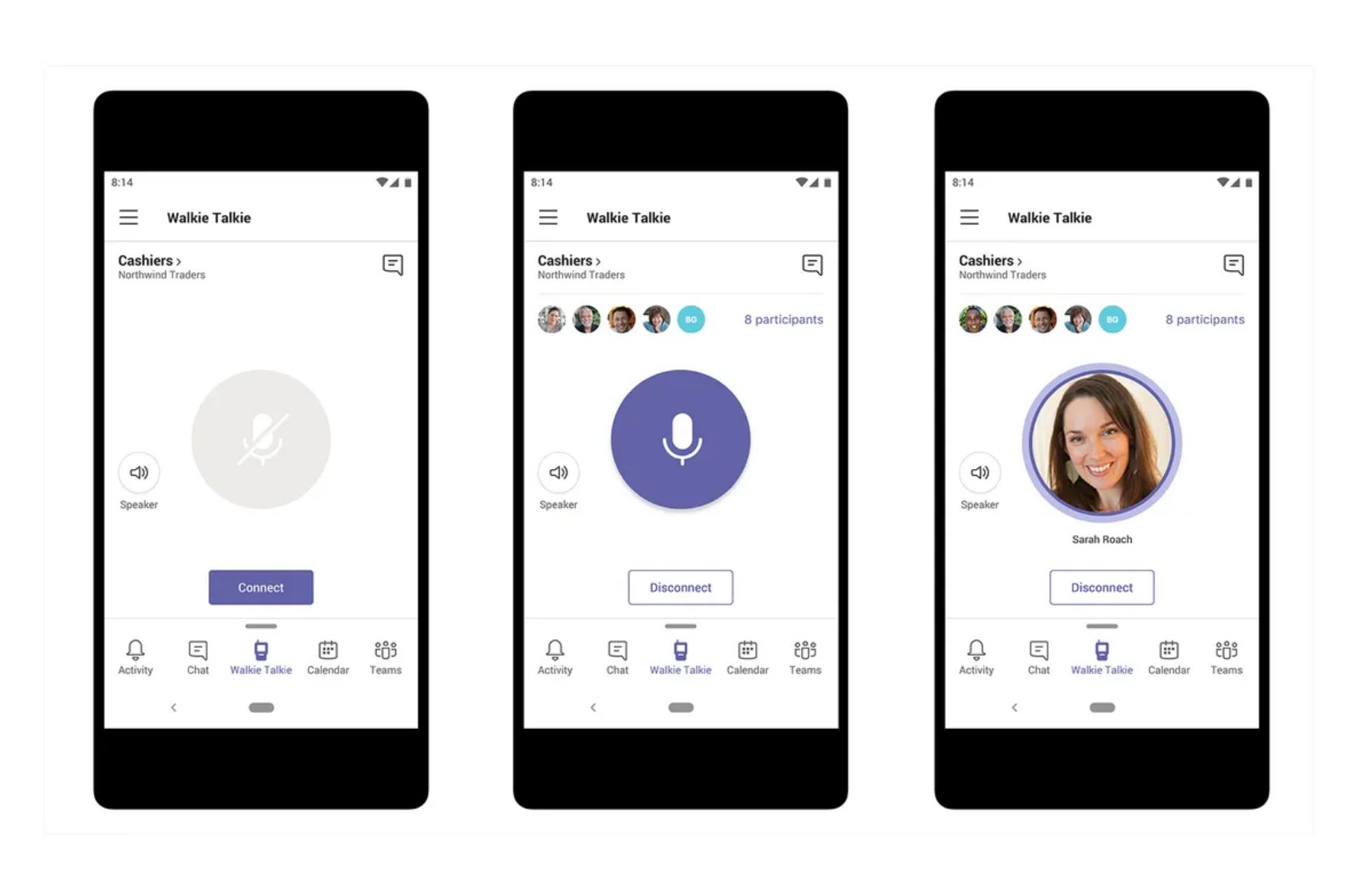 After a two-year test phase, anyone with an iPhone, iPad or Android device can use the Walkie Talkie function within Microsoft Teams.

The new functionality primarily targets so-called ‘frontline workers’, who form the first contact with the customer and carry out day-to-day operational activities within a company.

“Unlike analog devices with unsecured networks, customers no longer have to worry about crosstalk or outside eavesdropping,” argues Emma Williams, Corporate VP for Modern Workplace Verticals at Microsoft.

After a two-year test phase anyone can use the feature on a tablet or smartphone (iPad, iPhone or Android). Walkie Talkie works over both Wi-Fi and mobile data.

Manufacturers of rugged smartphones have been using the function within Microsoft Teams since the start of the test phase thanks to an extra button. This so-called push-to-talk button automatically activates the Walkie Talkie function so that employees do not have to manually open the Teams app every time. Rugged devices from Zebra and Samsung, among others, have such a specific button that you can configure.