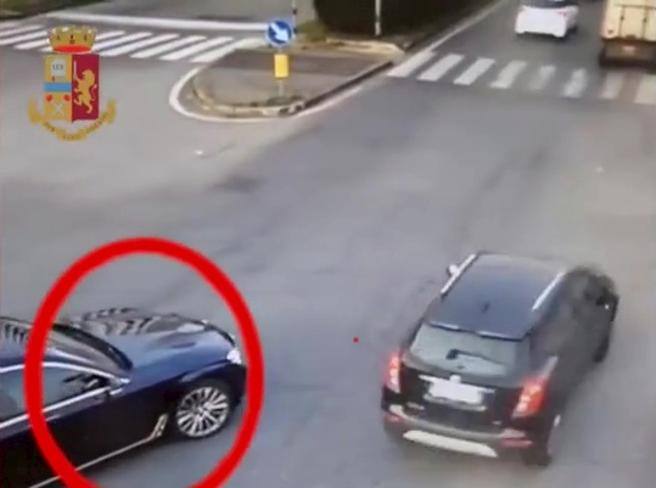 The police, as part of an activity coordinated by the Milan Public Prosecutor’s Office, carried out two pre-trial detention orders in prison against four foreign citizens, two of Franco-Algerian origin and two Central African, issued by the investigating judge at the request of the deputy prosecutor Laura Pedio and the deputy prosecutor Leonardo Lesti. The first investigation was undertaken following a violent robbery suffered by a German tourist, consumed on 6 July in Milan in the Agip service area in piazzale Lotto. To the victim, aboard a Porsche Cayenne, had been reported by the driver of a scooter a flat tire and, as soon as she stopped in a supply area, she was violently attacked by one of the robbers who took possession of theRichard Mille watch in white gold worth 120,000 euros.

Through a complex reconstruction carried out by the policemen of the Milanese mobile squad it was possible to trace back to the two Franco-Algerians a robbery committed in June, in Piazza Monte Titano in Milan, on the occasion of which the two suspects, after hitting the BMW 7 series of the driver to induce him to get out of the vehicle and ascertain the accident, they attacked him by blocking his arm and taking possession of theAudemars Piquet watch from 30,000 euros. The second investigation conducted by Mobile agents, which led to the arrest of two Central Africans, began following several robberies that took place starting from October last year in the streets of the city center and in the main areas of the nightlife. The victims were followed and hunted by the robbers and, often, physically overwhelmed by the violence of the attack which made any reaction impossible. Rebuilt a well-organized network of people, all from Senegal and Gambia, mainly dedicated to robberies and theft of luxury watches and latest generation smartphones.

If you want to stay updated on news from Milan and Lombardy, subscribe to the Corriere Milano newsletter for free. It arrives every Saturday in your mailbox at 7am. Enough click here.