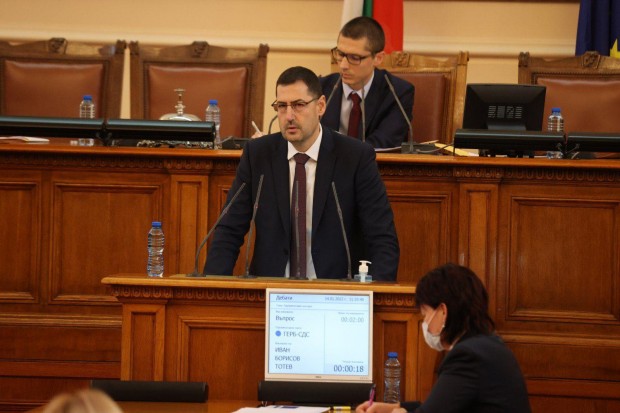 Former Minister of Culture Velislav Minekov has promised BGN 300,000 for the design of a new opera house in Plovdiv, but they are not actually included in the draft budget for 2022. This was announced in the plenary hall by the Minister of Culture Atanas Atanasov after asking the MP from GERB-UDF Ivan Totev, a reporter told Plovdiv24.bg.

Minekov made the promise at one of his meetings in Plovdiv with representatives of the Plovdiv Opera House Foundation while he was minister. “I don’t know what promises were made at coffee, but they are not legally paid,” said Minister Atanasov emphatically.

On your own Ivan Totev said: “Thank you for the answer, Minister! I have had an opinion on this man for a long time, but you confirmed it to me.”

Otherwise, it became clear that the state draft budget for 2022 has already set BGN 9.7 million for the repair and reconstruction of the Concert Hall in Plovdiv, the minister said. The necessary funds are set in the draft budget on 31.08. 2021, with all project documentation attached. The prepared plan has been submitted for approval to the chief architect of Plovdiv and a building permit has already been issued in October, the minister said.

During the questioning in the hall Ivan Totev He also criticized the administration of the Ministry of Culture for delaying this response, which he had sent to them in writing, by advising the Minister to check how his subordinates were working.