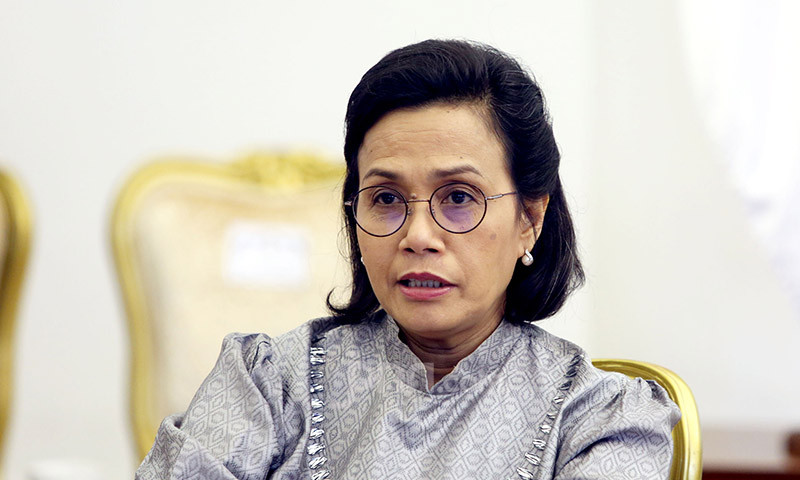 jpnn.com, JAKARTA – Minister of Finance (Menkeu) Sri Mulyani Indrawati said that the financing of the state budget through debt fell 66.1 percent during January-February 2021.

According to the Minister of Finance, the figure fell from Rp 273.8 trillion to Rp 92.9 trillion in the same period the previous year.

“Amount of financing debt we are going down very sharply. This means that the realization of our debt issuance financing has decreased by 66 percent from last year,” said the Minister of Finance at the Press Conference of the APBN Kita in Jakarta, Monday (28/3).

Sri Mulyani revealed that until February the realization of financing the State Revenue and Expenditure Budget (APBN) through the issuance of debt reached 9.5 percent of the target of Rp. 973.6 trillion.

As for the issuance of the debt, namely net Government Securities (SBN) until February 2022, it was recorded at Rp. 67.7 trillion or 6.8 percent of the target of Rp. 991.3 trillion.

The Minister of Finance mentions the depreciation of financing State Budget through the issuance of debt has a positive impact on the position of yields or SBN yields in the midst of uncertainty in global financial markets.

“This is a good thing because now the risk shifts to the financial sector, with the Fed fund rate increasing, inflation is high, interest rates will rise, and this will affect yields, of course we have to maintain SBN. The decline in issuance, we can avoid some of the problems. risk,” he said.

The former World Bank Managing Director explained that debt strategy adjustments will be carried out starting at the end of February 2022.

The steps taken by the government include adjusting the number of issuances, the tenor issued, the time of issuance, and the composition of currencies.

At the same time, the government still has cooperation with Bank Indonesia in the burden sharing scheme to finance the APBN.

BI is recorded to have purchased debt securities worth Rp. 8.76 trillion based on Joint Decree (SKB) I, with details of buying SUN worth Rp. 6.06 trillion and SBSN Rp. 2.70 trillion.

“The BI SKB III will be carried out in the second semester (2022) so as to provide support for us to deal with the situation, volatility, and increased risk from the bond market and rising interest rates due to global trends,” said Ani.