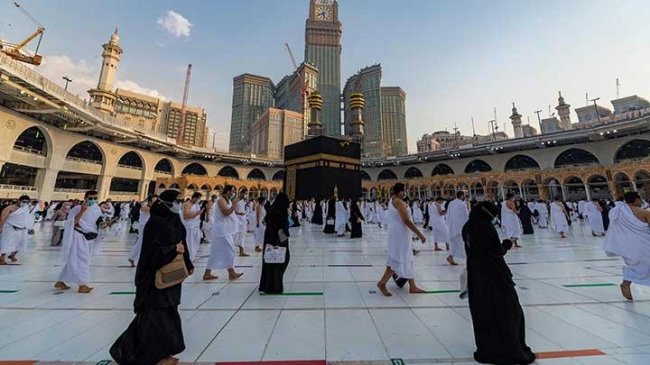 TEMPO.CO, Jakarta – The Ministry of Religion together with the Ministry of Health, the Ministry of Communication and Information, and Telkom as the operator of the PeduliLindung application discuss preparations for the implementation of worship Umrah.

“This must be prepared from the start so that if there is a new policy from Saudi Arabia regarding the implementation of Umrah, we are ready,” said Secretary of the Directorate General of Hajj and Umrah Ramadan Harisman in his statement, Tuesday, September 28, 2021.

Ramadhan said there were a number of issues growing in the meeting. First, regarding the use of Covid-19 booster vaccine or the third dose.

There are various possible schemes for using booster vaccines, including whether it is possible with a paid scheme. Even so, Ramadhan invites the Ministry of Health and the Ministry of Foreign Affairs to seek for Umrah pilgrims who have been vaccinated in two complete doses, do not need to use a booster.

“If it is necessary to use a booster and how to use it, this of course requires a policy,” he said.

The second issue is about reading the QR code. Information that surfaced some time ago, the QR code for vaccine certificates in Indonesia is not readable by the system in Indonesia Saudi Arabia.

Ramadhan conveyed that based on the explanation from Telkom representatives, what actually happened was not unreadable. However, this was deliberately done as an effort to maintain the security of Indonesian population data. This data security policy applies to all countries.

Thus, Ramadhan revealed that there was a discussion on how the QR code could be read in the system and what data could be opened based on the information needs of the Saudi side. “From the example of state certificates that have sent congregants, the data required is generally limited to names, passport numbers, and vaccine information,” he said.

See also  Dawid Kwiatkowski changed his religion. The rules interfered with him

The next issue is the visa flow. Along with the process of digitizing the implementation of Umrah, Ramadhan said there were a number of channels that underwent adjustments, including the issuance of visas. His party will identify a number of questions to be discussed with the Saudi Arabian Ambassador in Jakarta.

Finally, Ramadhan with representatives of ministries and Telkom discussed the importance of exploring the integration of the PeduliLindung application with the Umrah and Hajj Integrated Information and Computerized System (Siskopatuh). Integration is required regarding the data of the congregation, especially passports and visas. Because, in the PeduliLindung application, the data inputted is the Population Registration Number.

“Applications in Saudi require passport number data and that is in Siskopatuh. This is what we will explore for the integration process with CareProtect” he said regarding the preparation for Umrah.