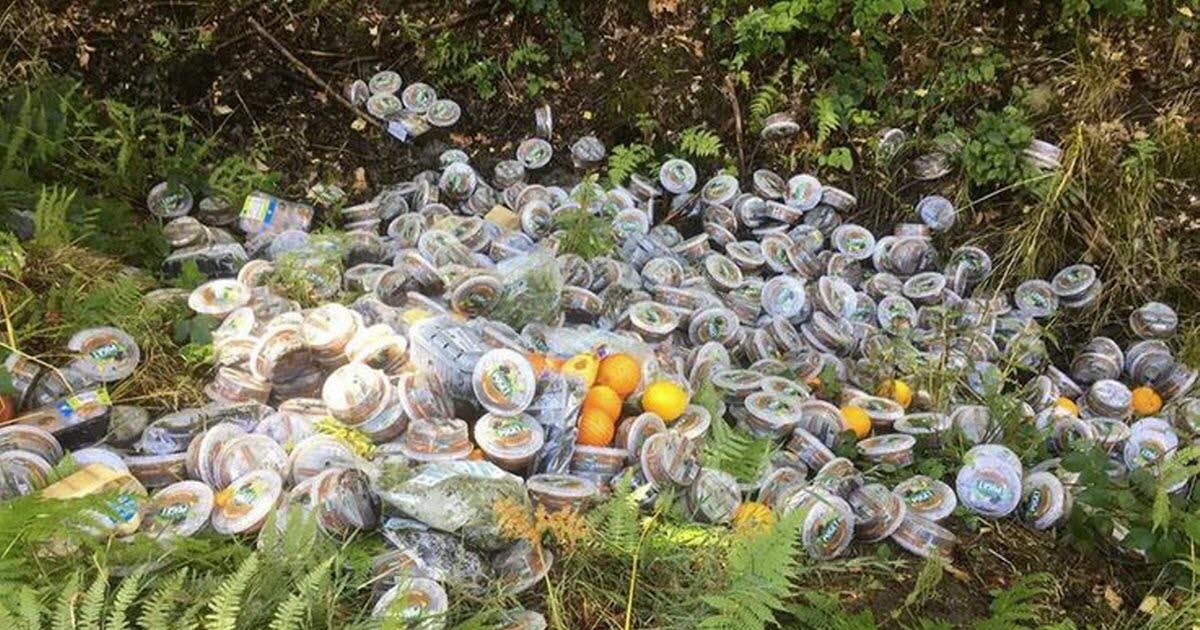 An investigation was opened Wednesday for illegal deposit of garbage in a national forest in the North, after the discovery of the equivalent of a van of unsold products, according to the prosecutor’s office in Avesnes-sur-Helpe.

The investigations aim to identify the products, via bar codes in particular, to understand where they come from and to trace back to the author or the authors of this offense punishable by a fifth class fine. The final qualification of the offense may change.

According to the prosecution, these include frozen products, fruits and vegetables from Carrefour and the Repère de Leclerc brands, whose expiration dates are different and spaced in time, all found in the forest of Mormal.

The Mormal Forêt Agir association alerted on social networks on Tuesday to the presence of this waste and filed a complaint. “It is by the hundreds that are found, at the moment, unsold expired balances on three sites. Tapenades, frozen, mushrooms, sandwiches, ice cream, pasta. At a time when everyone is making efforts to preserve ‘what he remains’ of biodiversity, here is what to wonder about the civic sense and the lack of education of the authors “, she wrote, estimating that there” are enough codes of traceability to hope that an investigation makes it possible to go back to the source. “

“An internal investigation was carried out to find out the reasons” for this act, explains the communication from Carrefour, specifying that “it is not in the habits of Carrefour to practice in this way”. The group then said it would “offer to cover the costs to remove the products.”

For his part E.Leclerc “condemns with the greatest firmness these practices which go against” his “values ​​and practices”. “We are going to learn about the origin of the products found in the forest of Mormal and we expect that all the light is shed on this affair”, reacted the company.

The Minister of Agriculture and Food, Julien Denormandie, reacted on Twitter, asking that “all the light” be shed “on this unacceptable act and the sanctions taken”.