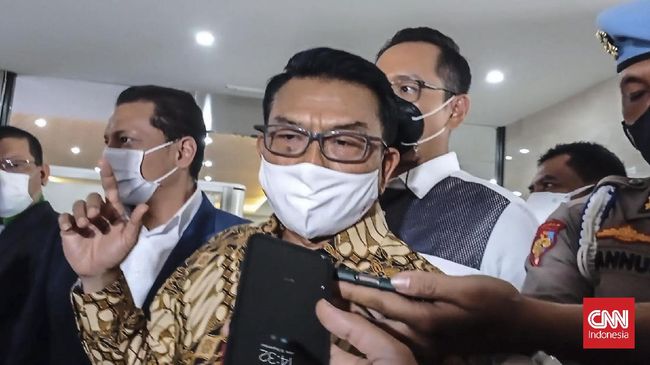 Presidential Chief of Staff (KSP) Moeldoko ask all elements of government agencies–especially ministries/agencies–not to be busy in politics ahead of the political year 2024.

He conveyed this at the Bakohumas thematic forum Towards the G20 Indonesia Presidency in 2022.

Moeldoko said that there is a more important agenda for all elements of government agencies, including the preparation of Indonesia as the G20 Presidency. He hopes that all institutions and ministries will work optimally to make this international agenda a success.

“Soon we will face the political year of 2024. We should not be too busy talking about politics. We must focus on strengthening public communication regarding Indonesia’s G20 Presidency to the world,” said Moeldoko in a written statement, Tuesday (23/11).

The Minister of Communications and Informatics Johnny G. Plate also asked all parties to be united. He wants the public relations of ministries/agencies to balance the issue of political conflict with public communication related to the Indonesian G20 Presidency.

“Leave the ego sector behind, we must coordinate well so that we can convey the substance of the G20 properly,” said Johnny.

Furthermore, Moeldoko believes that Indonesia’s chairmanship at the G20 is in the world’s spotlight. He wants all agencies to unite to show Indonesia’s ability to handle the pandemic and recover from the crisis.

The former TNI Commander emphasized that Indonesia’s leadership in the G20 is not only important on a national scale, but also shows the country’s influence in the world economy.

Previously, the G20 Summit entrusted Indonesia to lead the world’s largest economic forum. Indonesia will lead for the next year.

Indonesia will hold around 150 G20 international meetings. Most of the meetings will be centered in Jakarta and Bali.