More than 60 countries with income considered high have adhered to the initiative of the World Health Organization (WHO) that seeks to guarantee global access to the vaccine against Covid-19 once available, known as Covax.

Among them The United States and China are not present, although the European Commission is present on behalf of the 27 countries that make up the supranational bloc. The president of the community executive, Ursula con der Leyen, announced on August 31 that she would contribute 400 million euros to the initiative.

The project was launched months ago. It seeks to fight against the “nationalism of vaccines” and remedy the impossibility of many countries to develop theirs. So, The agency asked high-income countries – in this case, capable of self-financing their vaccine needs – to make firm commitments and make initial payments before October 9.

The WHO estimates that another 38 high-income nations will join in the coming days. For their part, more than 90 nations whose incomes are considered “medium or low” have already joined the mechanism.. Shortly after its launch, the organization indicated that more than 170 countries – representing almost 70% of the world’s population – indicated their intention to join, or at least their interest. According to the latest statements, the figure exceeds 150 of the 194 member countries.

“We are encouraged to see a large number of countries commit to the Covax mechanism,” said the body’s director general, Tedros Adhanom Ghebreyesus, after releasing the new figures for adhering nations.

As indicated, the goal is to have 2 billion doses available by the end of 2021. The official also described how the vaccines will be distributed. 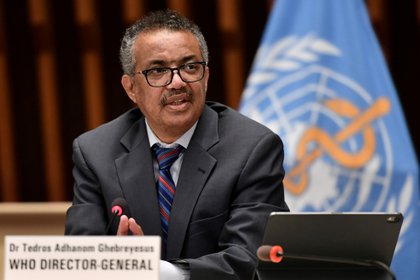 “During the first phase, the doses will be made proportionally and simultaneously to all participating countries (in COVAX), with the aim of reducing global risk. In phase 2, the threat and vulnerability of countries will be taken into account“, said.

“The fastest way to end this pandemic and reactivate economies is to start by protecting the most exposed populations in all parts of the world, and not entire populations in a few countries.”, he warned.

Now, the WHO and its partners will now begin to sign formal agreements with vaccine manufacturers to obtain the necessary doses “to end the acute phase of the pandemic by the end of 2021”.

However, the mechanism faces a significant financial challenge. The WHO has indicated that it needs around USD 38 billion to carry out its mission. However, to date it has only received USD 3 billion. In a statement that appeared to be directed at a lack of funds, Tedros indicated that the contributions are not “charity” but are “in the interest of all countries.” “We all swim together or we all sink together,” he graphed.

The United States’ refusal stems from the Trump administration’s critical assessment of the WHO, to the point that in May he began the process of abandoning her after accusing her of having a pro-China bias and giving bad advice.

“The United States will continue to engage with our international partners to ensure that we defeat this virus, but we will not be limited by multilateral organizations influenced by the corrupt World Health Organization and China“White House spokesman Judd Deere said in a statement announcing the country’s reluctance to adhere to the initiative.

Boca Juniors is very close to achieving something that River Plate will never be able to achieve, no matter how many titles it wins

Washington, Oct 19 (EFE) .- The United States Government will try to pass two resolutions this week during the...
Read more

The objective of the meeting was to discuss the design and implementation of the Juana Manso connectivity plan. ...
Read more

Coronavirus in Santa Fe and announcements to come: “If we have to go back, it will be done”

Next weekend will be 14 days from the latest...
Read more
Health

WHO: Transmission of the coronavirus in Brazil reached a “plateau”

The reproduction rate of the virus, which measures the...
Read more
Health

Tenoch Huerta revealed that he tested positive for COVID-19

Tenoch Huerta is raising funds for the next...
Read more

This is the outfit that Mrs. Beatriz Gutiérrez wore in the second AMLO report