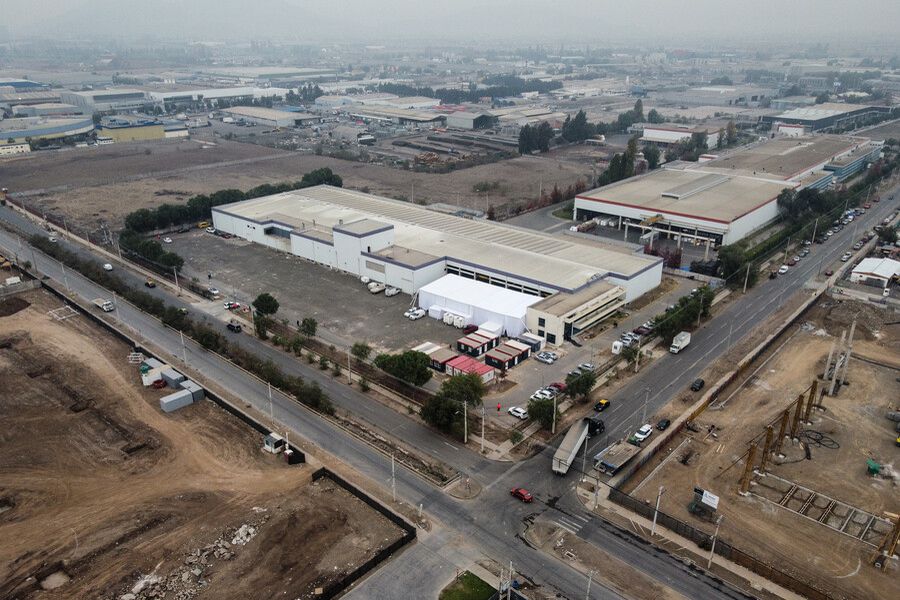 the vaccine plant Sinovac Biotech Chile has the green light to start its construction in our country. It will be located in the commune of Quilicura, north of the Metropolitan Region, and will have a complex of 11 thousand square meters. There, the pharmaceutical company of Chinese origin will more quickly distribute vaccines for viral diseases, such as Covid-19, influenza, hepatitis A, among others in the future.

through a video, the president and CEO of Sinovac Biotech ltd, Yin Weidong, He stated that the company will also be in charge of investment, construction and scientific research in Chile, “so that we not only contribute with more and better vaccines for the Chilean people, but also so that more people in South America have access to vaccines.”

The construction of this establishment It is the first of the Chinese pharmaceutical company in Latin America, which contemplates an investment of US$ 100 million.

During the ceremony that officially kicked off the construction of the plant, the Minister of Science, Technology and Innovation, Flavio Salazar, stated that this project “reintroduces our country to the vaccine production process, which is tremendously relevant”.

In addition, the Secretary of State emphasized that both this project and others that are in the pipeline “will generate new capacities that will take Chile to another level and will allow, on the one hand, greater protection and security for the population by having vaccines in phases emergency and, on the other, develop a pole research, knowledge and technologies to advance the development of Chile”.

For her part, the Vice President of Public Affairs and representative of Sinovac Biotech in Chile, Virginia Garretón, pointed out that the plant is installed in our country with three main objectives in its future operation. “First, support local research and development, in conjunction with the most outstanding scientists and universities in Chile; train professionals to perform in the manufacture of vaccines with the highest world quality standards; and finally, produce and distribute relevant vaccines for Chile and Latin America”.

This 11,000-square-meter complex is built on a 22,000-square-meter plot, located in the Quilicura commune, where the packaging, packaging, and distribution processes of the vaccines developed by Sinovac will be carried out. According to the representatives of the pharmaceutical company, it is estimated thatProduction in Chile will be able to provide the country and the rest of the Southern Cone with 50 million doses per year.

The Sinovac Chile plant will operate under the pharmaceutical figure of “Fill & Finish”. This means that the semi-finished product, with the inactivated virus, will come prepared from the main production plant. Sinovac, in China, which complies with the standards of Good Manufacturing Practices (GMP), and which was audited by the World Health Organization (WHO). Meanwhile, from Chile the doses will be packaged, stored and distributed throughout the entire Latin American region.

Given this, Heriberto García, director(s) of the Institute of Public Health (ISP) explained that they will be actively presentthrough its supervisory role, to “analyze and authorize every detail of the design of these facilities, whose characteristics must be adjusted to the conditions of the placeaccording to the requirements that we demand as a regulator”.

Likewise, the representative of the ISP advanced that Sinovac has already submitted a request for Coronavac, its vaccine against Covid-19, to be incorporated into the health registry of the health institution. This would mean that said inoculation doses would no longer be considered as a pharmaceutical product for emergency use and could have the authorization of the regulatory entity for its periodic use in Chile.

The plant will be operational by the first half of 2023 and, both in the construction phase and in the commissioning of these facilities, more than 100 new jobs will be generatedwhich includes operators and professionals in charge of maintaining the high standards of production and distribution of vaccines that Chile and the world demand.

In addition, and along with meeting manufacturing standards, Sinovac will have ecological policies within the plant, such as the reuse of gray water in green areas and the optimization of electricity use to minimize the environmental impact and of the resources used in its industrial processes.

With this, the implementation of the plant coming from Beijing repositions Chile in the vaccine production industry, which between 1930 and 2002 produced 25 types of vaccines in the country. “Chile had the capacity for almost 100 years to produce vaccines, and overnight that ended. Today we are taking an important step to reverse that”, Minister Salazar concluded. According to the head of the Portfolio, one of the Government’s objectives for this year is the promotion of the generation of vaccines in our country, with a view to distributing them to the rest of South America.