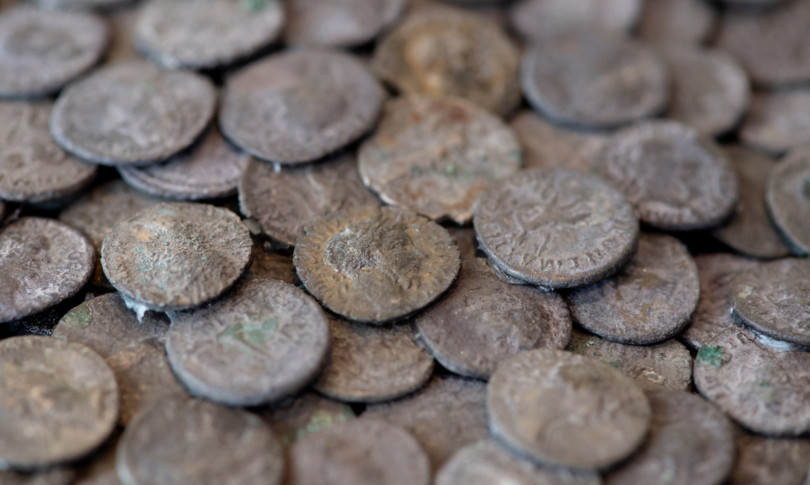 AGI – In one of the oldest cities in Germany, the Roman Augusta Vindelicum, now Augsburg, during the excavation work for the construction of residential buildings in a former industrial area, more than 5,500 silver coins from the Roman era were found.

They weigh over 15 pounds and it is the second archaeological discovery in a few months in the Bavarian city. The oldest coins of the treasure found date back to the era of Nero, or the first century after Christ. In the previous discovery, which took place in the same former industrial area, objects, weapons, jewels weighing a total of 400 kilos were found last June.

According to reports from the German press, the one announced in recent days it is one of the 10 most important archaeological discoveries for Germany: Augusta archaeologist Sebastian Gairhos said that the collection, buried at the beginning of the third century AD, was probably the cash assets of a wine or textile wholesaler active in the then capital of the province of Raetia. The total value is equivalent to about 11 years of a legionnaire’s salary, he explained.

It is the large number of coins and the fact that they are silver, according to what archaeologists have explained, to make the discovery particularly remarkable.

Now and for the next 3 years the coins will be restored and studied as part of a doctoral thesis at the city’s Institute of Classical Archeology. At the time, according to the experts cited by Die Zeit, silver coins, called denarii, circulated for a very long time, up to 200 years.

See also  Vainstin has been transferred to Los Angeles, where another lawsuit is expected - Abroad - News

The most significant discovery of Roman coins in Germany so far has occurred in Trier, in 1993. There were 2,600 gold coins weighing 18.5 kilos and of very high value: for the Romans a gold coin was worth 25 silver.

The two recent discoveries have relaunched the question of the Roman Museum of Augusta, closed for many years due to structural deficiencies and the lack of funds to remedy them: the subject is much debated in the Roman city rich in finds.

Mayor Eva Weber of the Christian Social Party has pledged to find a way to show the public the artifacts found this year. Among the hypotheses is that of a “virtual” exhibition as well as a temporary exhibition before starting the in-depth study. For now, however, the possibility of reopening a Roman museum is not contemplated.