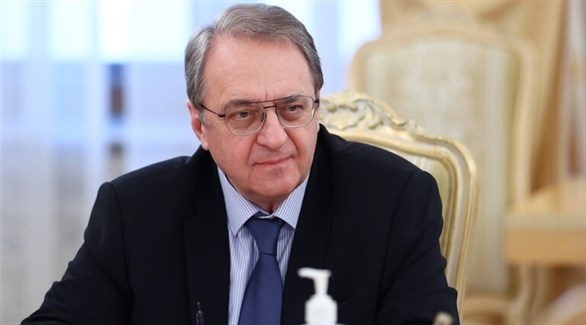 The Special Envoy of the Russian President to the Middle East and Africa, Deputy Foreign Minister Mikhail Bogdanov, expressed Russia’s welcome to complete the formation of the government in Lebanon.

According to Russia Today, Bogdanov received a member of the Lebanese Parliament, Tony Franjieh, and discussed with him the developments in the Middle East and the situation in Lebanon and Syria.

A statement by the Russian Foreign Ministry following the meeting said that “the Russian side welcomed the completion of the process of forming a government in Lebanon headed by Najib Mikati, and expressed its hope that the economic and social crisis in Lebanon would be overcome as soon as possible.”

He stressed, “Moscow’s support for the sovereignty, independence, unity and territorial integrity of Lebanon, and the right of the Lebanese to make their own independent decisions without any external interference.”

The two sides also discussed “a number of urgent issues related to the further strengthening of the multifaceted Russian-Lebanese cooperation.”