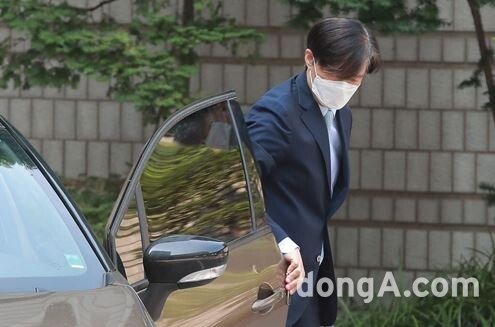 Daughters’ friends appear as witnesses at the trial of the fatherland couple
曺 “Is it a nonsensical question,” the court denied
Former Minister of Justice Cho Kuk. Dong-A Ilbo DB

“Can I ask the Witness questions in plain language instead of respectfully?”

At the trial between former Minister of Justice Cho Kuk and his wife Jeong Gyeong-shim, a professor at Dongyang University, held at the hearing of the Seoul Central District Court’s Criminal Settlement Division 21-1 (Chief Judge Ma Seong-young) on ​​the 23rd, Cho said to the court, “Can I directly ask a witness?” said. Mo Park, a childhood friend of Cho’s daughter, Jo, was present as a witness. Former Minister Cho said, “The witness is here as an adult, but he is also my friend’s son.” But the court did not allow it. Park said, “In the video of the seminar held on May 15, 2009 at the Center for Public Interest and Human Rights Law at Seoul National University, the female student looked like Jo, but she was not. Park made the same argument in Professor Jung’s first trial. On the other hand, former Minister Cho countered, “The prosecution insists that her daughter did not attend (seminar) based on the testimony of some witnesses.”

Professor Jeong, who usually followed Mr. Park by calling him ‘teacher’, said, “Daughter attended the seminar dinner, so Mr. Park visited her alone and had dinner with her. When she came home, she borrowed a few books from Cho’s library. went,” he said. Park said, “I had dinner a few times, but I don’t have a clear memory of whether it was the day of the seminar.” When Professor Jung said, “I think the witness remembers,” and “Please remember it one more time,” the prosecution objected, saying, “I am forcing a memory on the witness.” Cho’s high school friend Jang Young-pyo, the son of Dankook University medical school professor, also appeared as a witness in court. In exchange for Cho’s registration as the first author of a thesis at Dankook University, Jang received an internship certificate from the Public Interest Human Rights Law Center in 2009. Jang insisted, “I have no memory of seeing or talking with Cho on the day of the seminar.” In December of last year, Professor Jeong’s first trial judge ruled that Mr. Cho did not attend the seminar. Reporter Taeseong Kim [email protected]