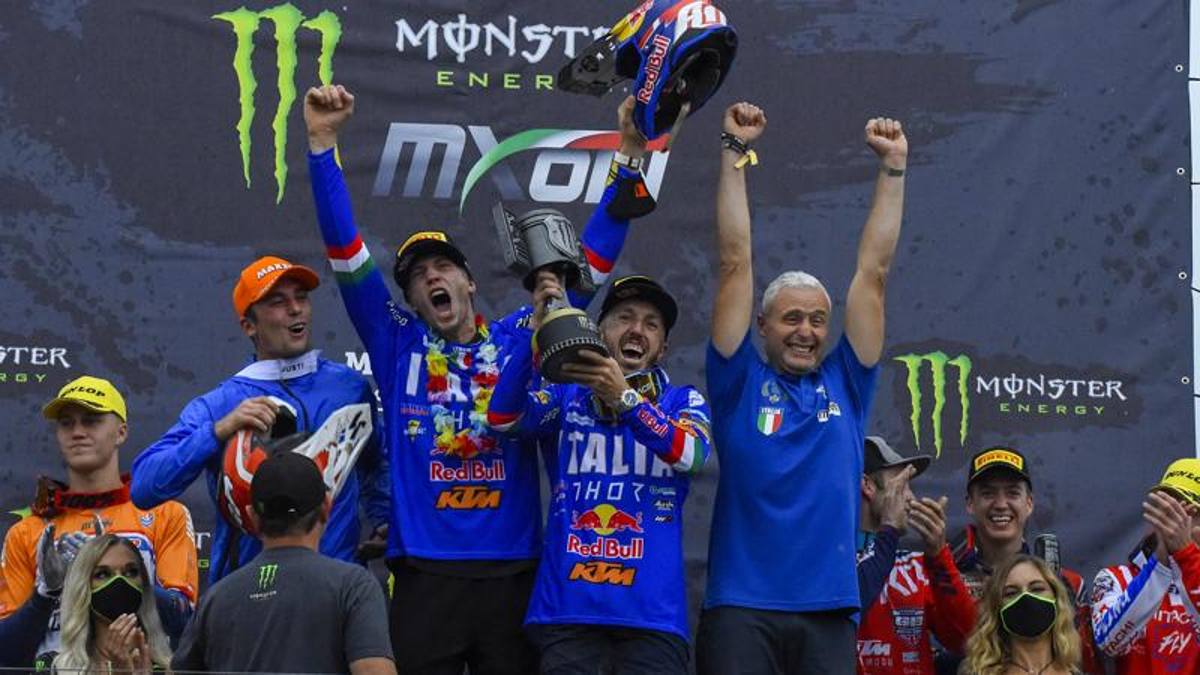 MXoN 2021: thrills in race 3, with a 10 ”penalty to Lupino for having cut a piece of track. 5 ‘from the end of the decisive overtaking of the Ktm driver, thanks to which the Maglia Azzurra won by just one point

It was a very tight third heat, with the Italian box with bated breath and the heart in the throat for 30 minutes + 2 laps. Tony Cairoli (Ktm) finished 2nd behind a monumental Jeffrey Herlings (Holland-Ktm), with the Netherlands also in third position with Glenn Coldenhoff (Yamaha). In this way the Netherlands recovered all the ground lost in race 1 with the crash of Coldenhoff (which also involved Cairoli) and with the unhappy performances of Roan Van de Moosdjik (Kawasaki). But in the end an exhausted Alessandro Lupino gave Italy some piece – in a very particular way – an immense, indescribable joy.

In turn 1 of race 3 Alessandro Lupino (Ktm) was thrown off the track and returned shortly after turn 2: the management imposed a 10-position penalty on the Mrt team driver shortly after mid-heat, effectively putting him in one position of “all or nothing”. Lupino, in fact, at that moment occupied the eighth position and the score in real time was tied with the Netherlands. To win, an overtaking was needed: and he arrived, not even 5 ‘before the end of regulation time. With the last forces in his body after two grueling heats under the flood, Lupino launched the decisive attack, releasing the shout of joy from the whole Italy team and the public who rushed to Mantua to support the Maglia Azzurra at the Motocross of Nations.