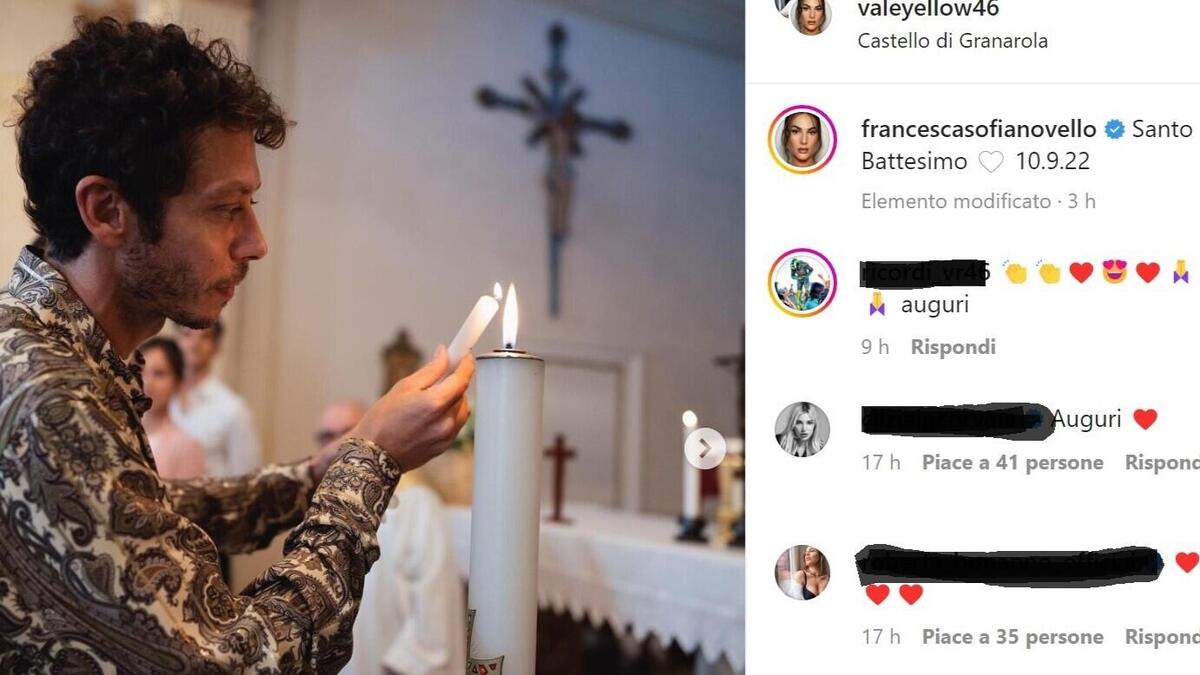 Celebration in the church and big party for the couple’s eldest daughter. Among the guests there was also Cesare Cremonini

Mwhile the young brother Luca is getting closer and closer to the first podium (and asked his fiancée to marry) father Valentino Rossi e mother Francesca Sofia Novello they baptized their first daughter in church Juliet.

The event was told extensively on social media by the couple (they are not married) with several photos, both of the ceremony and of the post-baptismal party, which was held in the Granarola Castle, in the province of Pesaro Urbino.

Little Juliet, to protect her privacy, is never framed in the face. Valentino Rossi and Francesca Novello commented on the post with the caption: Holy Baptism, 10 September 2022.

Among the guests of the event, as well as obviously the couple’s family members, the inevitable Uccio Salucci and the singer Cesare Cremonini.