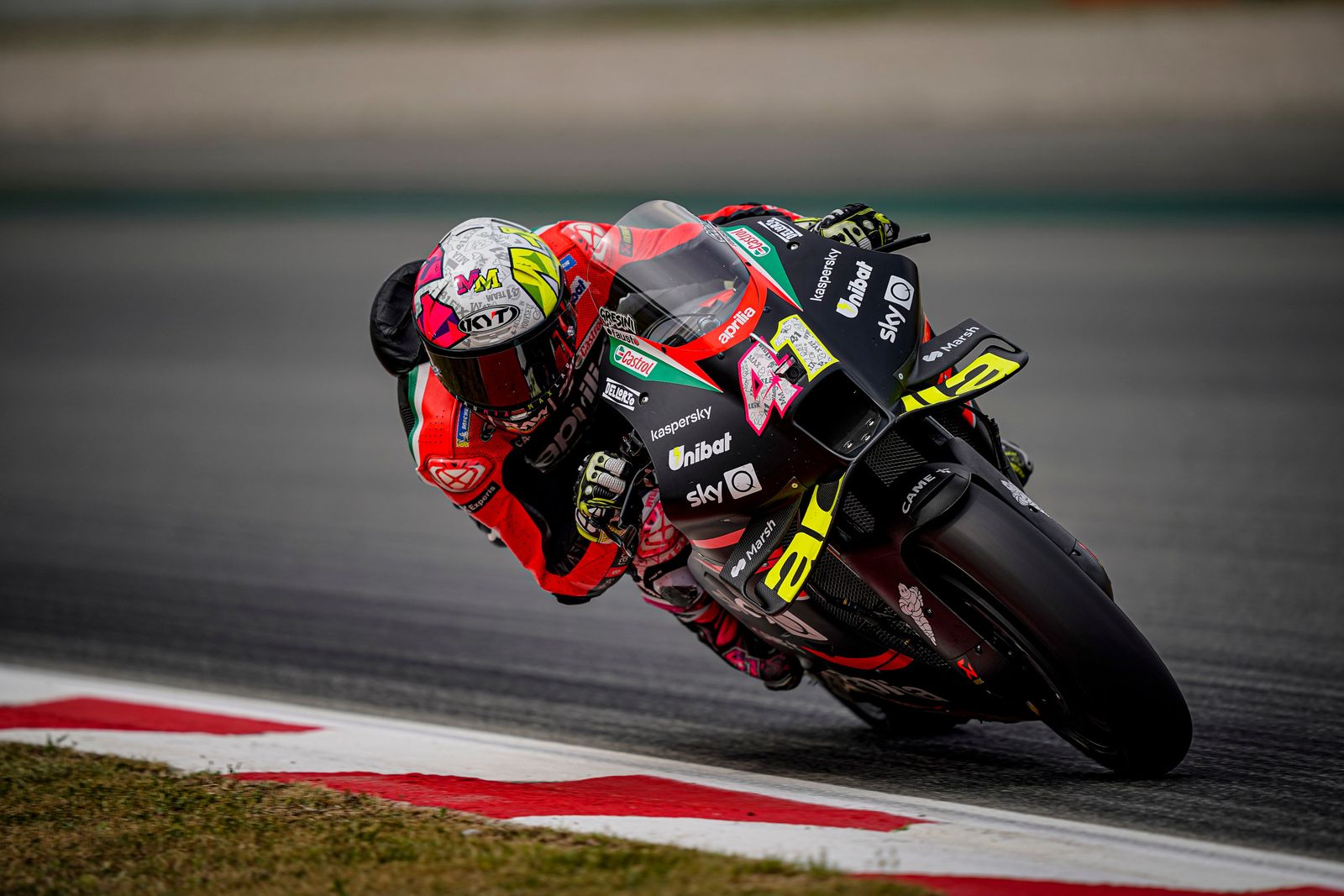 Aleix Espargaro is black or white. Usually he doesn’t measure too much words and is less smiling and cheerful than his brother, Pol to whom he attributes more talent than his. He is a good rider, however, fast even if at times erratic but this year he is doing well riding the Aprilia RS-GP enough to occupy the eighth position in the championship.

Currently though there is more talk of looking for a teammate in Aprilia for 2021 than anything else. And we went from Dovizioso’s ‘almost yes’ as a test driver to the breezy arrival of Maverick Vinales, after his divorce from Yamaha. Aleix obviously has his own opinions and talked about them with Brand.

“It’s difficult to evolve the bike because when something new comes along you have to try it. They wanted me to do a couple of tests in the summer break and go into the wind tunnel. It would be useful to have a stronger teammate or a satellite team. Dovizioso has done a couple of tests with us, but he hasn’t been very competitive so far and doesn’t seem to want to race. I’m a big fan of his, but it’s hard to see him as my teammate ”.

The eldest of the Espargaròs is no longer very young.

“I am the second oldest driver in the championship, the first is more than 10 years old than me. Valentino’s passion for motorcycles is brutal. He knows he is not competitive, unfortunately we see every weekend that does not have the freshness it had before. It makes me angry because I would like to see Valentino in front, I say it from the bottom of my heart, but it is very difficult. I have a good couple of years left. Physically I have nothing to envy to young people. But I won’t come close to Valentino’s age in the championship ”.

For Aleix, there is no doubt who is the best rider of all time.

See also  Leylah Fernandez: an answer to those who doubted her

“Marc is the best driver in history. My idol has been Valentino since I was a child and Agostini and Nieto have more titles, but if you are cold and analyze the rivals that Marquez had to beat is another story. Valentino had Sete, which put him in some difficulty, and some other Italians (Max Biaggi and Loris Capirossi Ed.). Marc is fighting with the best drivers in history. If we now make a list of the 15 best riders in history, Marc had to beat eight and Valentino didn’t ”.