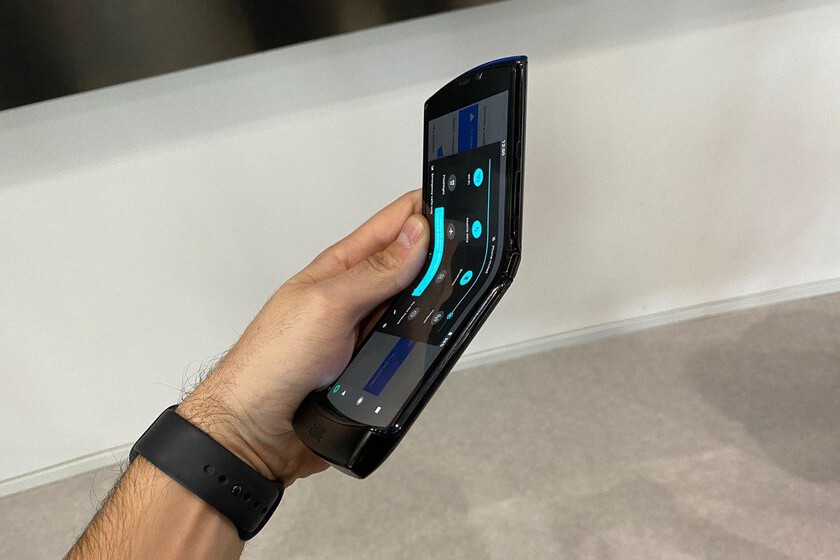 There are not a few companies that, at this point, have opted for the folding ones. One of the first to launch a business model was Motorola with its revival of the legendary Razr (which, it seems, is going to return shortly in high-end form) and it is precisely Motorola that concerns us today, since it has been leaked that is working on his first rollable mobile.

The source of filtration is Evan Blass (aka EvLeaks), one of the most reputable leakers in the world of smartphones. According to the leaker, this device is in a very early stage of development and its code name is “FelixLittle is known about him, but there are some other interesting things.

The key: it fits in your pocket

In the field of folding mobiles there are two aspects: making a large mobile even larger (Samsung Galaxy Z Fold3, for example) and make a normal mobile more compact and portable. That was Motorola’s proposal with its Razr and it seems that it will continue to be with its roller.

The rollable models/concepts we have seen to date, see the OPPO X 2021 and the LG Rollable (which already it will never be), expand sideways. They are big mobiles that get bigger. “Felix”, meanwhile, will expand verticallyassures EvLeaks.

The OPPO X 2021 expands to the side, while the Motorola “Felix” will expand upwards.

According to Blass, the “Felix’s” motorized screen is coiled on a spindle at the bottom and facing backwards. It will scroll up, “about a third of your screen“, so the device will get taller, not wider.

That opens up several options, but the most interesting is that the phone is squarer when it’s in a compact format and becomes a standard size mobile when unrolled. In this way, the mobile would take up less space in the pocket and marry Motorola’s portable philosophy.

In any case, EvLeaks affirms that the device is in an early phase of its development and that Motorola, for not having, does not have a working prototype, so it is likely that, if released, it will take a year or more to arrive. We will have to wait.