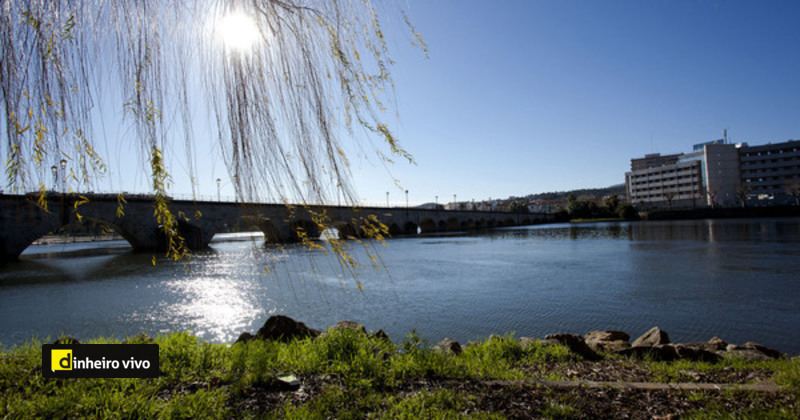 An engineer from Mirandela has returned to earth to set up the main hub of a new multinational in the energy sector in the city of Trás-os-Montes, which he is recruiting, but is unable to find candidates for qualified employment.

Manuel Lemos is one of the founders of Enline, who chose Mirandela as the company’s headquarters in Portugal, which has 25 customers on five continents, including national electrical companies from several countries that use the software developed to remotely monitor power lines and equipment.

Portugal was where they tried to try the product without success and even today they have no customers in the country, where they now face the difficulty of finding interested parties to fill the job vacancies they are offering.

“We are having immense difficulty in finding professionals, mainly for business development, people with experience in international markets, ability to speak and write English, among other languages,” he said to Lusa.

Thank you very much for your registration.

The company has already opened competitions and continues to have “seven or eight vacancies”, which also include professionals with experience in the electrical or software sector and in the Information Technology and Marketing specialties.

“I think it is very important to make it public that there is an international software company, which currently exports 100% of what it does to the world, which is decided by shareholders in Trás-os-Montes, but that we need professionals who want to come to the interior,” he stressed.

See also  In June, the turnover of retail trade enterprises increased by 2%, and the supply of food and beverages - by 15.1%.

The company received support from the program for hiring qualified staff, COESO, and its strategic partner is the Polytechnic Institute of Bragança (IPB), which “has already helped to hire one person” and are jointly interviewing others.

Manuel Lemos is 37 years old and was born in Mirandela, in the district of Bragança, studied engineering in Porto and emigrated to Peru in the 2008 crisis.

He went to work for a German company in the area of ​​energy, paper and mobility and it was there that he met two other foreign engineers with whom he decided to take a risk.

This adventure began in 2018 with the development of software for monitoring equipment and power lines that differ from what exists on the market in that it does not require equipment or field trips.

They got support from a business incubator in the European Union and a Portuguese investor and, more recently, from the incubator at the Vale do Tua Regional Natural Park.

“This process was complicated, we started in Portugal, where unfortunately we were not successful,” he recalled.

They went knocking on different European doors and the first to open was the Spanish electricity grid, followed by Austria, Germany, and currently they have customers “in Australia, India, Canada, the United States, many countries in Latin America, from Brazil, Peru, Colombia, Chile, Argentina and Uruguay”.

The company has offices in Brazil, Peru, Germany and agents and resellers in different countries.

“In Portugal, we are trying to convince different customers such as REN, EDP, among others, to apply our technologies, but unfortunately nothing has yet been contracted, but we are very optimistic that it could still happen this year,” he said.

According to the partner, the technology they developed makes it possible to anticipate, prevent and correct problems that affect energy distribution, namely those most known to the general public, such as power cuts or fires caused by high voltage lines.

The company has technology that creates a so-called “digital twin” of the network or equipment, through which it is possible to make a real reading of what is happening and “diagnose and inform the customer about potential failures or events and how to correct them before they occur or at the moment they occur”.

The technology is also intended to improve power, reduce losses up to 25% or control vegetation along the lines, as well as fires caused by transmission lines, through sparks generated by electrical discharges or short circuits.

The technology is being applied on “approximately two thousand kilometers of lines around the world, with official sales starting just over a year ago”.

The perspective is “by the end of the year to double this value and next year reach between ten and 15 thousand kilometers and continue to grow”.

Manuel Lemos believes in this growth based on the numbers of a world market of “approximately 100 million kilometers of transmission lines”.

Enline’s turnover “is still small” as it is still “at a stage of development of a pilot project with strategic customers”.

Manuel Lemos predicts that they will reach the end of the year “with approximately half a million euros of business” and hopes to “exceed one million” next year, with the goal of “reaching five million euros between 2023 and 2024”.

See also  The Lombard automotive is in pieces. The Timken case breaks out in Brescia