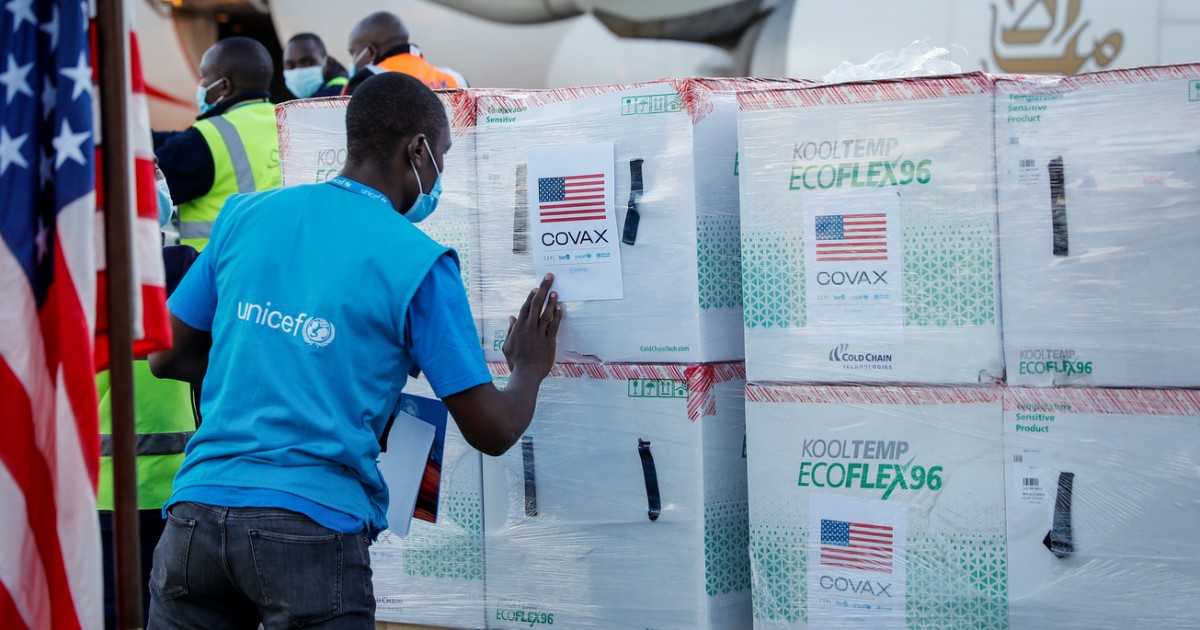 Equity and profits, deaths and billions in the era of the pandemic.

According to Tax Justice Network (Tjn) every second the public coffers of all the countries of the world lose a figure in tax revenues that it would be enough to vaccinate a thousand people. Tjn calculates that with this figure it would be possible to complete three cycles of anti-Covid vaccination for the entire population of the planet and that this sum would be equivalent to 10% of the budget allocated by rich countries to public health.

Taxes, every year rich and multinationals steal at least 426 billion euros from the tax authorities: enough to vaccinate 3 times around the world

A research carried out by Emergency and Oxfam highlights how mRNA vaccines can be produced at a cost that could range from $ 1.18 to $ 2.85 / dose; governments would have paid 4 to 24 times this price. Italy could have saved for the purchase of vaccines 4.1 billion and the EU 31 billion euros, while Pfizer, BioNtech and Moderna are earning around $ 1,000 per second from vaccine sales.

In this context, the decision of charge a minimum global tax of 15% on the profits of multinationals, presented as a success, it is an insult to any citizen of our country (and not only) who annually suffers a tax levy on their salary of a very different entity.

The Guardian reports that 97% of the funds needed to produce the vaccine AstraZeneca they came from public institutions or foundations; moreover, European governments have paid billions of euros both as research support and as a guaranteed pre-purchase to vaccine manufacturers, minimizing business risk. Still, the patents remained in the hands of Big Pharma.

Patents on vaccines: the final decision in a few days

The EU, the UK and Switzerland are the countries that for thirteen months have continued to oppose the proposal for a three-year moratorium on patents on vaccines, diagnostic kits and the socialization of know-how; proposal advanced in October 2020 by India and South Africa with the support of over one hundred nations, shared by over one hundred Nobel laureates and former heads of state, by hundreds of NGOs, by the WHO and invoked several times by Pope Francis.

The proposal will finally be discussed at the next inter-ministerial meeting of the World Trade Organization, WTO-WTO which will take place from 30 November to 3 December; an appointment that should be final to decide whether to accept or refuse the moratorium.

The nations that support the interests of pharmaceutical multinationals are among those that favor various forms of legalized tax evasion through convenient and low-tax legislation often protected by impenetrable banking secrets: UK; Switzerland, Luxembourg, Holland, Ireland …

The EU has built a single plant to purchase vaccines for the 27 countries, but has never wanted to build a single European tax system; it talks about the fight against the mafias, but welcomes tax havens within it; claims to teach the world respect for human rights, but prevents more than half of humanity from accessing vaccines, condemning millions of people to death.

from The ONE Campaign Italia blog

Bringing Covid vaccines to poor countries is not charity but the only solution. What we ask of the G20

But we can’t be safe either. If vaccines and drugs are not available in entire areas of the planet, the virus will continue to spread, more aggressive variants will develop that will also arrive in Europe and we do not know what degree of effectiveness the vaccines we would have at that moment will have.

See also  Petrol and diesel - current prices in the chart. Comparison in the Czech Republic and in the world

The European Commission could not support its closing position towards the moratorium if it did not have the support of the main European countries, Germany, France and Italy first of all (Spain, together with Belgium, has taken a position of greater availability). Faced with an issue like this, where millions of human lives are at stake, it is legitimate to ask our rulers that “Your speaking is yes, yes; ninth” (Gospel of Matthew 5: 17-37) and instead we hear daily representatives of the government proclaim in front of cameras and notebooks the need for vaccines to be available worldwide, only to reiterate in institutional spheres, far from the media, the opposition to the patent moratorium. A choice that, due to the consequences it can cause (viral variants), shows a serious lack of interest even towards one’s fellow citizens.

“Appetite comes with eating” says an ancient proverb that finds a tragic confirmation in the behavior of AstraZeneca that, considering the pandemic period concluded and having, in their opinion, entered the endemic phase, it no longer considers itself bound to contain prices which, already in the next few months, will increase considerably; Pfizer he had already announced this in a meeting with the representatives of their partner financial funds: as soon as the endemic phase is entered, the cost of the Pfizer vaccine could increase by up to eight / nine times.

“The mafia kills, silence as well”

We could actualize the tragic but true statement of Peppino Impastato with these words: “The virus kills, silence as well”. It has been active in Europe for a year countryside “No profit on the pandemic. Right to treatment “ that, if he can collect a million signatures, may oblige the European Commission to review its position. But in all this time the vast majority of the media mainstream (with the usual important exceptions) did not spend a minute talking about the possible moratorium on vaccine patents. This is not the case in other European countries.

A question arises spontaneously: how immense is the power of Big Pharma in Italy to silence most of the leading journalists in print and television?

Tax Justice Network proposes the introduction of a tax on extra profits of multinationals generated by the pandemic and lockdowns and this levy would not only concern the pharmaceutical sector linked to Covid, but should be extended to all companies, Amazon etc., and in my opinion, even to those billionaires who have earned impressive figures from the pandemic situation as evidenced, for example, a study carried out by the Institute for Policy Studies (Ips)In the first ten months of the pandemic alone, the net worth of the US’s 647 billionaires rose by nearly 960 billion dollars since the beginning of the health crisis.