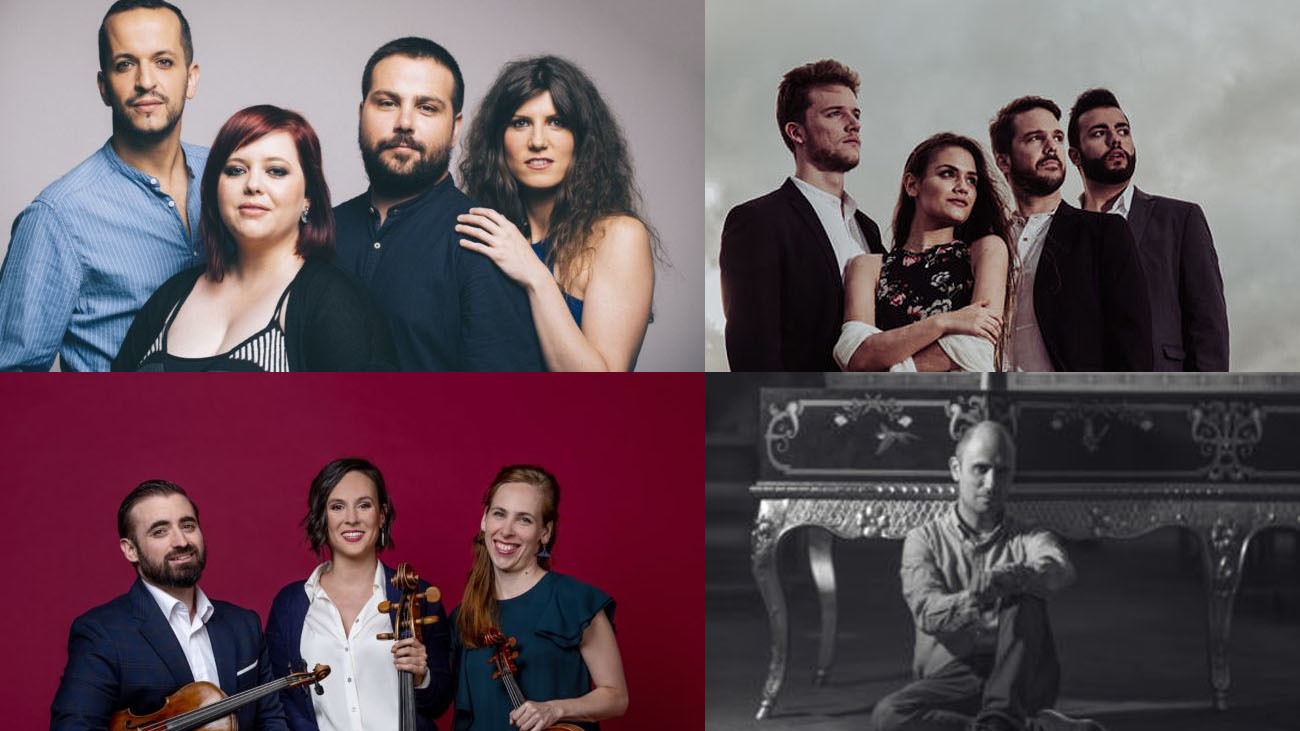 The Festival Música Antigua Aranjuez 2020 opens its autumn edition today under the motto ‘Music, gastronomy and autumn landscape’ and will take place at the Teatro Real Carlos III in Aranjuez on weekends until next December 13.

Thus, it proposes a reduced program of four concerts, by Spanish groups with international experience: L’Apothéose, Cantoría, Andrés Alberto Gómez and Concerto 1700, as reported by the organizers.

The events will take place on Sunday 22nd and 29th November, Saturday 5th and Sunday 13th December at the Teatro Real Carlos III in Aranjuez, where the protocol on sanitary measures will be strictly followed and will be preceded half an hour before by a meeting with the musicians, moderated by Eduardo Torrico, editor-in-chief of Scherzo magazine.

This edition has added to its offer a gastronomic experience from the local restaurants that, in parallel, will offer the ‘Festival Menu’ these days.

“The festival thus takes flight to continue spreading the splendor of Spanish music”, they highlighted and recalled that in 2005 they received the ‘European Excellence’ award, granted by the Community of Madrid, the GEMA award for the Best Festival of Spain or the Remarkable Arts Festival of the EFA (European Association of Festivals).

Música Antigua Aranjuez has also adapted to health protocols due to the pandemic and will offer its hand-held programs in digital format, in addition to being available through a QR code.

The cycle is organized by the Community of Madrid, the Aranjuez City Council and the National Institute of Performing Arts and Music (INAEM), under the artistic direction of Javier Estrella.

In order to reach a wider audience, the festival will record the four concerts for broadcast on networks through a digital platform.

The group L ‘Apothéose opens the XXVII edition of the Aranjuez Ancient Music Festival this Sunday at 1:00 p.m. with a concert that revolves around the work’ El Jardín de Aranjuez. With songs of birds and other animals’, by José Herrando.

A walk along the Tagus

The festival offers the option this morning of an inaugural boat trip on the Tagus that will depart from the Club de Pirag ~ ismo de Aranjuez and will be guided by the architect Félix Atienza.

Old Music Aranjuez continues, after L’Apothéose, on Sunday November 29 with the vocal quartet Cantoría, at 1 pm. The group specialized in vocal music from the Spanish Golden Age will perform ‘Lenguas Malas’, which brings together the music of Mateo Flecha, Juan del Encina, Juan de Anchieta, Francisco Guerrero or Bartomeu Cárceres to explore the theatrical nature of music and its relationship with literary texts.

Scarlatti’s music will arrive on Saturday 5 December with harpsichordist Andrés Alberto Gómez, at 7:00 p.m. Under the name ‘Domenico Scarlatti, Bárbara de Braganza y el clave’, the musician, founder and director of the ensemble La Reverencia pays tribute to the he considers “the harpsichord player with capital letters, a master of the cembalo” and to the teacher-student relationship that linked him with Queen María Bárbara de Braganza, for more than 35 years.

“In Scarlatti’s sonatas you can hear the echoes of Gasparini, the prose of Corelli’s melody, the tradition of the Neapolitan Partimenti, the merriment of the streets of Seville, the indolence of Madrid’s palaces, the humble, the pretentious, the outdated and the eternal, “Gomez recalled.

The closing of the XXVII edition will take place on December 13, at 1:00 p.m. by Concerto 1700, directed by violinist Daniel Pinteño. His program ‘String Trios in the Times of Brunetti. Haydn, Brunetti and Boccherini ‘is about the figure of Brunetti, the head of the music that was performed in the chamber of Charles IV, while paying homage to Luigi Boccherini.