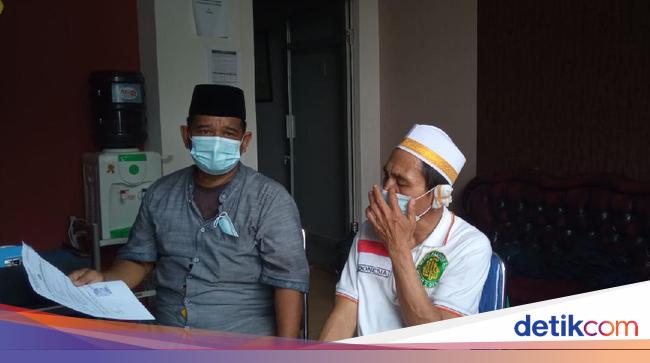 Muazin and jemaah mosques in Medan were involved in reporting each other to the police. They both feel like victims persecution.

The case of persecution reported by these two people occurred at the Raudhatul Islam Mosque, Silalas Subdistrict, West Medan, Monday (20/9/2021). The two people involved in reporting to each other were a muezzin named Syawal and a congregation named Romadona.

The following is the story of the two people:

Syawal admits to being a victim persecution until his ears were almost cut off. He said this case began when the two were eating in one of the rooms that were still in the mosque area.

After slamming the plate, Romadona was called out of the dining room. Romadona is called cursing Shawwal.

Syawal mentions Romadona leveraging her past as a drug user. He admitted to being accused of being in power and only pretending to repent.

“He said I wasn’t that person, but I pretended to be in power. He kept mentioning my past about drugs. He said I was just the modus operandi, even though I was a criminal,” he said.

Syawal claimed to have explained that he had repented and no longer used drugs after 2 years out of prison. However, according to Syawal, Romadona got angry and pushed him against the wall.

He said he was attacked with a knife. Syawal said that he had dodged three times, but in the end his ear was cut.

“He was holding a knife, three times I was able to dodge. The fourth hit my ear and I got 39 stitches,” said Syawal.

Because he did not accept the act, Syawal then reported Romadona to the police. The report is numbered: LP/216/IX/2021/SPKT/RESTABES MDN/SEK MDN BARAT dated September 20, 2021.

“I hope he will be dealt with, he always makes trouble in the mosque, before me he also made a few noises with mosque people, including BKM and the congregation,” he said.