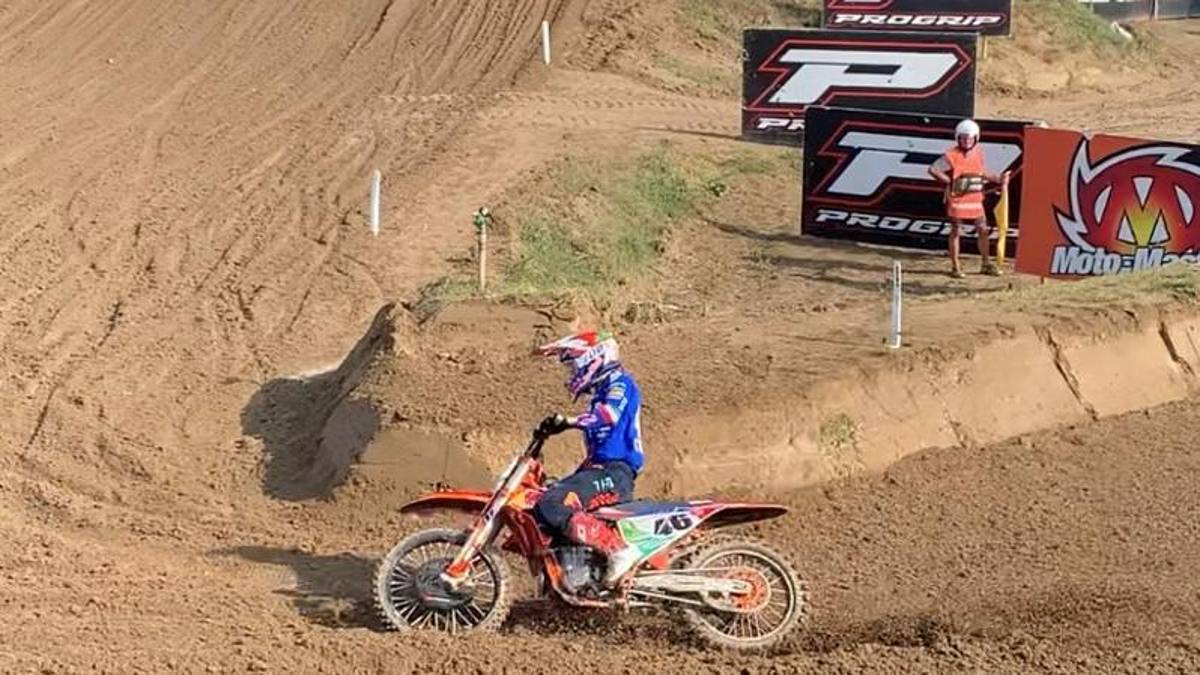 The two riders of the Blue Jersey conquered the first place respectively in MXGP and MX2 in the free practice of the Motocross of Nations 2021 in Mantua, with Lupino 3rd in the Open. Holland is scary with Coldenhoff, Van de Moosdjik and Herlings

Tony Cairoli (Ktm) almost seems to feel no pain, crashed on Sunday 19 September in Riola Sardo and already on the track for the free practice of the Motocross of Nations, scheduled for Saturday 25 and Sunday 26 September at the Tazio Nuvolari cross-track in Mantua. The first chronometric results tell us of a super competitive Tony, so much so that he set the absolute best time in MXGP with a 1’50 ”052. And also in MX2, with Mattia Guadagnini (Ktm), Italy looks at everyone from above.

Tony Cairoli, on track with number 46, completed 12 laps, attacking in four laps. The best time (personal and class) was signed at the last lap, after an intense question and answer between him and the Dutch Glenn Coldenhoff (Yamaha), with the red plate number 1. A convincing and reassuring start to Motocross of Nations after the scare of the Sardinian GP, ​​but we will have to wait until the afternoon to see how Tony’s body – still bruised in the neck and back – will respond to the qualifying heats. Coldenhoff accuses a delay of 45 thousandths, from the third onwards it rises beyond the second and a half.

The second smile of the day is thanks to Mattia Guadagnini (Ktm), who starts strong and also signs the best time in the category. In the 2002 class, the Dutchman Roan Van De Moosdjik (Kawasaki) and the Frenchman Tom Vialle (Ktm) by 3 tenths, while the British Conrad Mewse (Ktm) is half a second. From the Austrian Rene Hofer (fifth with the official Ktm) onwards, the gap from the leader is more than 2 ”2. To understand how fast Mattia Guadagnini went with the 250 4T, just think that he only lapped 4 tenths slower than Tony Cairoli with the 450 4T.

If Cairoli and Guadagnini got off to a strong start, Jeffrey Herlings (Ktm) got off to a flying start. The flying Dutchman is the only driver to have gone under the 1’50 “wall, making the clock stop at 1’48” 109 (to understand, he gave Cairoli almost 2 “). The guide of the leader of the MXGP World Championship is impressive. Second position, at 3 ”218 for the Russian Evgeny Bobryshev (Husqvarna). Excellent round also for our Alessandro Lupino (Ktm Mrt), third at 3 ”337. At 14:20 the start of the MXGP qualifying heats, followed by MX2 and Open.