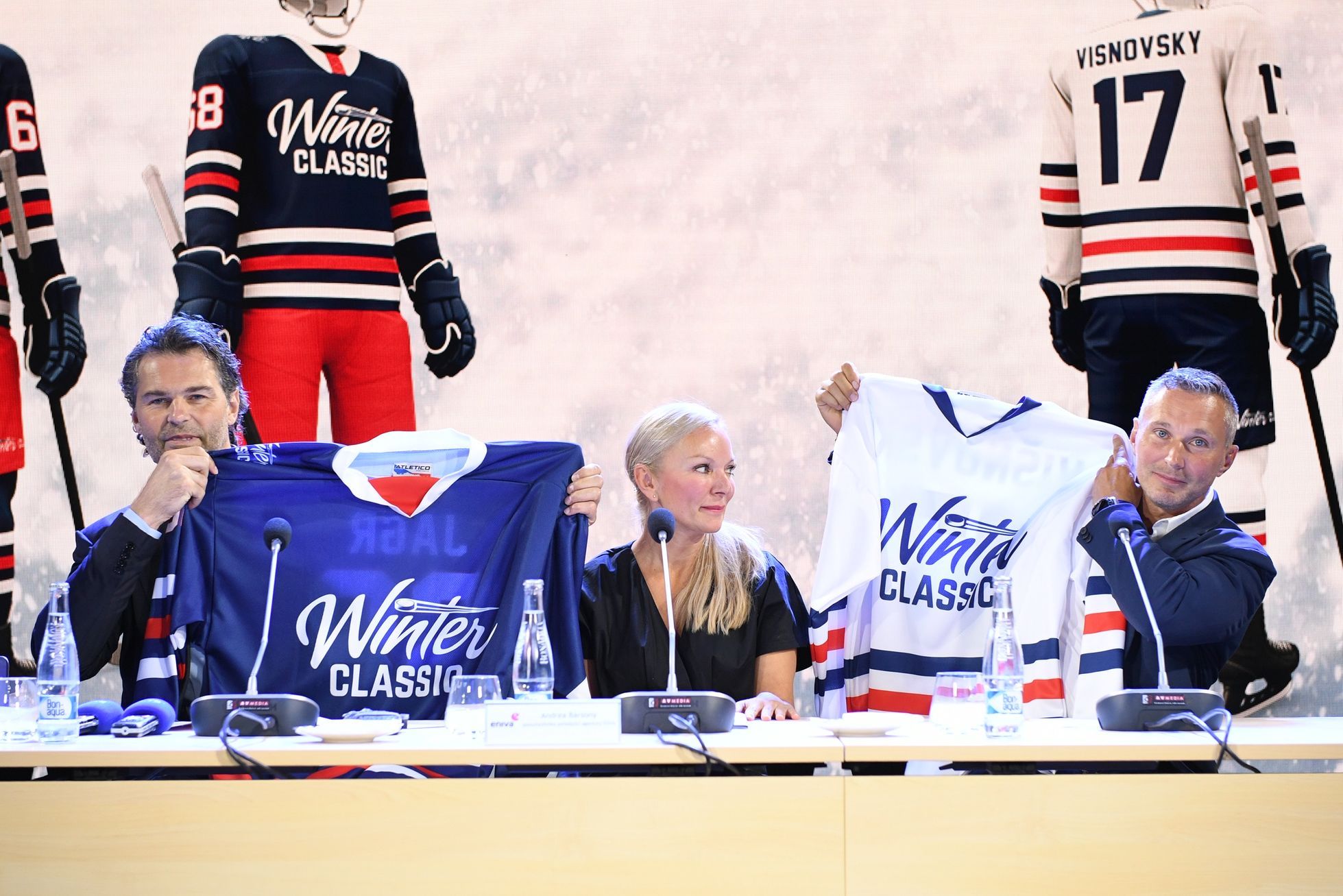 They already had an arena under construction, but they still had to pack. A series of open-air hockey matches in Špindlerův Mlýn will not take place this year either. “It would be an economically unfavorable matter,” comments Tomáš Vosátka, co-owner of the Eniva organizing agency.

You are postponing the event for the second time. Will the fans survive at all?

We definitely do not plan the disruption, the idea of ​​the whole event is excellent and we have the support from all sides – from the clubs, Jaromír (Jágra)… The postponement is a reaction to the current measures in connection with coronavirus. We’re annoyed, but we had to do it.

You say that you have support from all sides, but the project partner and owner of extra-league Pardubice Petr Dědek he was angrythat no one discussed the cancellation with him and that he ends up with support.

Petr Dědek was only a titular partner, not a co-organizer. Even so, we had a meeting with him, where we still met with the co-organizers, I mean Jaromír Jágr and the Špindlerův Mlýn Ski Resort, they said all the pros and cons. We, as the main organizer, had to make a decision. Yes, Mr. Dědek does not identify with him, but it is really important for us to respond to the current situation regarding covid. The whole event was designed primarily for people to enjoy, which would not be possible now.

But isn’t the departure of the titular partner financially problematic?

Not at all. D + D Real’s support was low. We are talking about percentage units within the total budget, so that is not essential for us. Whether or not Mr. Dědek will participate next time is purely his decision that we cannot influence.

When the event was postponed for the first time, Jaromír Jágr – perhaps a little exaggerated – declared that he had to play another year to fulfill his commitment and play in Špindlerův Mlýn. Will he extend his career again?

Of course, he was part of the meeting, because he is one of the important co-organizers of the whole event. Without him, we would not have made that decision. I have no right to speak out for him, but he has also agreed to postpone it, so I think he has some plans in mind. It will be on him.

Do you count on a variant without Jágr?

Absolutely honestly – so far we have not considered a variant that Jaromír would not participate.

This year’s postponement is different in that this time you already had a complex under construction that cost something. How are you doing financially?

Our crisis staff is sitting on top of that. We are putting together all the amounts, as an agency we have some own resources, something is already paid, covered. I don’t have the exact information with me now, but of course it’s uncomfortable for us.

If the event finally took place, even with the thousand spectators, as Petr Dědek suggested, would it pay off at all?

You’re asking the right question. If you reduce the capacity from about seven thousand to a thousand, each person will simply calculate that it is seven times less. This is an economically disadvantageous matter at the moment. Such an event cannot be covered by the entrance fee and sponsors’ money. That is why we, as the organizer, decided to postpone it. It didn’t give us logic.

Did you have a rough calculation of how much you would spend?

If the construction of the complex continued… We are already in the millions, then we would probably get in the tens of millions and possible losses. We figured out what it would be like with a thousand viewers, but like the others, of course, we don’t know how the measures will develop.

What do you think of them? Would you come up with them as Minister of Health, or are you in favor of another solution?

I don’t think I have the slightest right to comment, because I’m not a person who knows any medical field. I respect the regulations. We are little gentlemen, to change anything. Of course, one can shout to the world that we could have asked for exceptions or circumvented regulations, but I do not agree with this. I don’t think such an event should have the smell of anyone trying to win anything here in order to benefit from it. Or that it would be just a thousand chosen ones that we would have a hard time choosing from all the holders of tickets they sold.