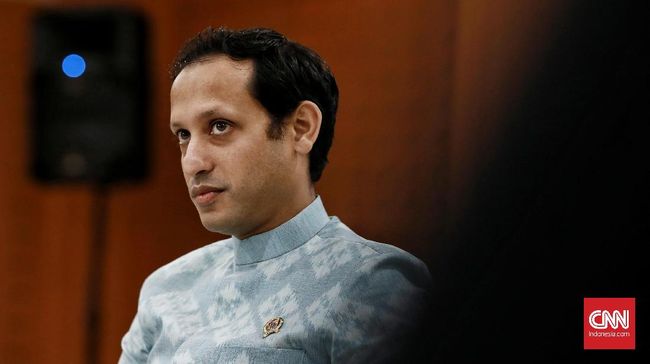 “As Minister of Education, I certainly reject the proposal (the proposal of the Prime Minister of Malaysia Dato ‘Sri Ismail Sabri Yaakob to strengthen the Malay language as the medium and official language of ASEAN),” Nadiem was quoted as saying. BetweenMonday (4/4).

“However, due to the desire of our friendly countries to propose Malay as the official language of ASEAN, of course this desire needs to be studied and discussed further at the regional level,” added Nadiem.

He appealed to the entire community to work hand in hand with the government to continue to empower and defend the Indonesian language.

According to him, Indonesian language is more feasible to be put forward by considering its historical, legal, and linguistic advantages.

Nadiem then explained that at the international level, Indonesian has become the largest language in Southeast Asia and its spread has covered 47 countries around the world.

Indonesian Language Learning for Foreign Speakers (BIPA) has also been held by 428 institutions, both facilitated by the Language Development and Development Agency of the Ministry of Education and Culture, as well as those held independently by BIPA activists, governments, and institutions around the world.

In addition, Indonesian is also taught as a subject at a number of world-class campuses in Europe, the United States, and Australia, as well as at several leading universities in Asia.

“With all the advantages that Indonesian has from historical, legal and linguistic aspects, as well as how Indonesian has become an internationally recognized language,” said Nadiem.

“It is proper for Indonesian to sit in the leading position, and if possible be the language of instruction for official ASEAN meetings,” he concluded.